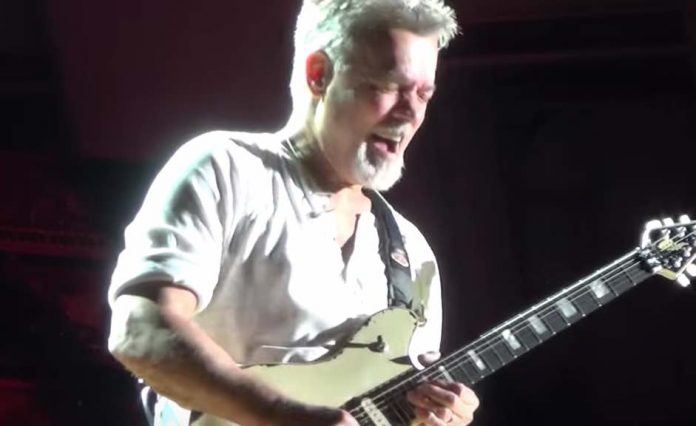 Van Halen have four albums worth of unreleased material in the Warner Brothers vaults, according to an engineer, Alternative Nation is reporting. This does not include any 5150 recordings, which likely include even more.

There is a version of “Hot For Teacher” with Eddie Van Halen doubling the guitar tapping into on bass, 13 takes of “Cathedral,” an alternate version of “Little Dreamer,” a session of Eddie playing the “Little Guitars” intro, and instrumental songs.

Irving Azoff confirmed last month after Eddie Van Halen’s death that Wolfgang Van Halen and Alex Van Halen will search the vaults at 5150 for unheard material. How Van Halen choose to use this unheard material remains to be seen, as it appears they have plenty of music with the 5150 material totally unaccounted for at this point by Wolfgang and Alex.

Van Halen worked on a second album with Gary Cherone in 1999 that was never finished, and David Lee Roth recorded with Van Halen in 2000 before their second attempt at a reunion fell apart. There is always the possibility of unheard Sammy Hagar material as well, as new material was worked on (with three songs being released) during their 2004 reunion. The Eddie Van Halen last photo with Sammy Hagar was recently revealed.

Eddie Van Halen also detailed in interviews that he had unheard music that even experimented with other genres, so hopefully fans will be in for plenty of posthumous released to honor the greatest guitarist of all time. A Van Halen member recently reacted to a longtime replacement rumor.