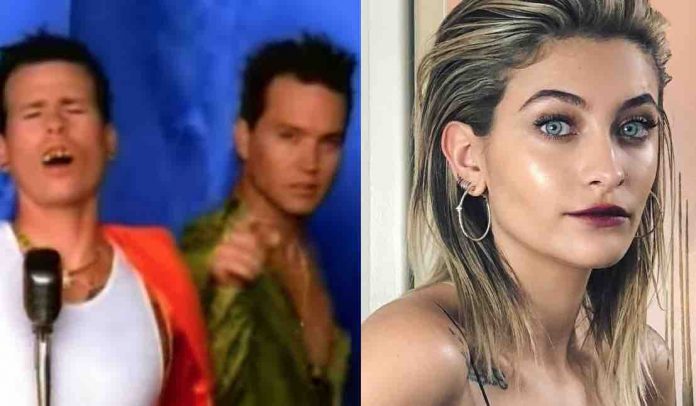 Michael Jackson’s daughter Paris Jackson revealed what she imagined Blink-182 icons Tom DeLonge and Mark Hoppus are texting each other right now, possibly discussing a reunion. DeLonge confirmed he met with Hoppus a couple of weeks ago.

Paris Jackson recently tweeted, “Where arr yeuw and oim so sowrry i cannawt sleep i cannawt dream tonoit.” She added, “How i imagine blink, especially tom, text each other.”

DeLonge recently posted on Instagram, “Look at the cute toy making us smile when pondering the connection between cattle mutilations and UAP sightings… Well, it’s actually not so cute.

Ranchers have witnessed the craft and lights, while leaving: cattle missing entire organs with no incisions whatsoever. More- Cases with the head all carved up and no blood anywhere in or outside the body.. and some even dropped from a very high altitude.

There are cases of mutilated cows with their heads that dug holes while their body was paralyzed by “a force” all while they were being carved up… alive. But hey, we make toys about it… But- this is again why we need the Artificial Intelligence Initiative at @tothestarsacademy – to find out what this is, and what it is doing.”

Benwbriggs commented, “What do you have to say about the theory this is done by tribes or religious groups? I myself find it hard to believe these cows often times are found with no blood on their veins without a trace of it around their bodies. I am not sure what kind of human would be able to pull that off.” DeLonge responded, “Maybe, it’s not humans doing it.” A Blink-182 member recently unloaded on a pedophile accusation.