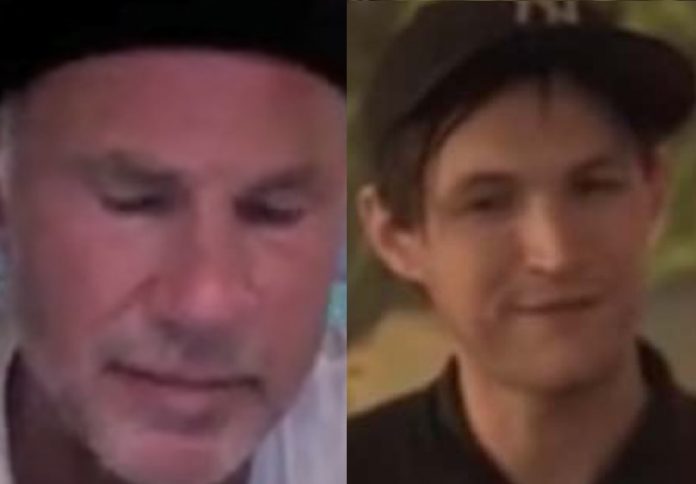 Red Hot Chili Peppers drummer Chad Smith discussed the band moving on with John Frusciante after letting Josh Klinghoffer go, and Smith described RHCP’s mood after the change as going ‘upwards.’ Chad Smith feared getting in ‘trouble’ about John Frusciante a couple of days ago.

Smith told Fox 7 in Austin yesterday, “We’re doing good. We’re going to write some new songs, and make some new music. Everything is onward and upwards.”

When asked if John Frusciante is back, he responded, “He is back, he’s baaaaaaaaaack!” Smith made the Frusciante proclamation with the unbridled enthusiasm of a child.

RHCPTom posted, “He’s got a flack for a while from critics and some of the fan base, but I think he’s the quintessential producer for RHCP, he’s always let them explore and give them freedom in their creativity. Honesty he’s like a 5th member imo lol. I would be satisfied if works with the band again.”

Sailorssaybrandy chimed in, “I watched this documentary about the Avett Brothers and I really liked how Rick seemed to be all about the band doing what they wanted.”

Kenticus69 wrote, “I’d imagine he’s back in the saddle again, unless they self-produce. We know from josh during the getaway era that he proposed they self produce at some point, but was voted down by the other members.

Something about them liking having a producer for outside feedback. I imagine rick Rubin is back for this one though, but we certainly shall see!”

Chirpingcat concluded, “The band (especially John) could definitely self-produce at this point. I wasn’t a big fan of Rubin for a long time, but oddly enough it was “I’m Beside You” that convinced me he was the best producer for the band. Danger Mouse’s style works great for solo artists and collaborations like Broken Bells but I feel like “The Getaway” sounded like all the pieces were punched in , chopped up, and reassembled without any of the band members in the same room at the same time. They sound much more “alive” with Rubin.” Josh Klinghoffer playing for a small crowd was just revealed.