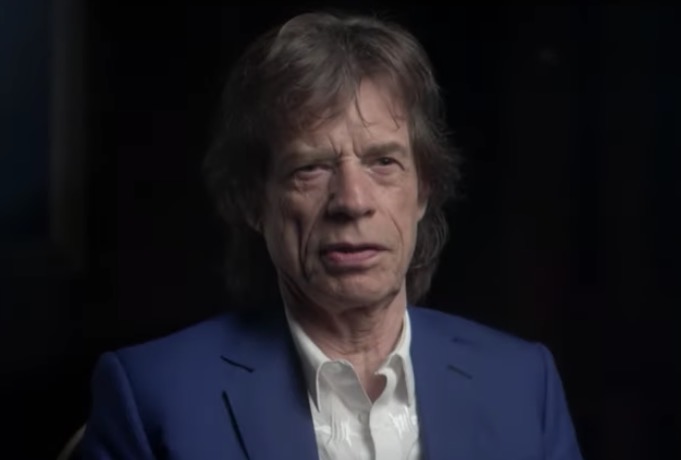 The Rolling Stones touring keyboardist Chuck Leavell revealed that the stones have been working on a new album for a year and a half, but that Mick Jagger has now left to work on a new project.

Leavell told Vanity Fair, “Mick had some things that were, I would say, 50% or 60% written, and Keith [Richards] would chime in and say, ‘Look, man, here’s your hook. Let’s focus on that.’ Keith had brought some things to the table, and Mick would make comments. There were a variety of things: some ballads, some medium tempos, some rockers. I didn’t think they had anything completed.”

He later said about the end of the 2019 North American ‘No Filter’ tour, “As we left, there was a little bit of chatter about working on it some more. But Mick has a movie that he’s acting in.”

Now, in a new photo it’s been revealed that Jagger is working with DJ Jarren Dalmeda. Jarren wrote on Instagram, “Collaborating with legends. Always a pleasure.”

Mick Jagger ‘begging’ for help from a big name with a sickness was revealed last week. GerardHennessy chimed in on IORR.org, “Good to see so much debate about the advisability/likelihood – or otherwise – of a new Stones album. And some good suggestions too about what might be the best way to approach it, should it become impossible to bring the whole band together for new recording sessions. Good also to see so many participants reaffirming their love for the band, and their acceptance of whatever does, or does not, materialize in terms of a new album at the end of all of this.

For me, the overwhelming emotion I feel now, is gratitude for fifty four years – in my case – of musical pleasure. Of course there have been downs as well as ups, disappointments as well as successes, and frustrations as well as delights. That is how this world works. But, overwhelmingly, the positives have outweighed the negatives. And by a huge margin. I would live every minute of it again if I could.”

Mick Jagger confirming a The Rolling Stones replacement was detailed last week. The user added, “If a new album – however it might me created – DOES appear, I will buy it. As I have bought everything the band have ever released officially in the UK. And in the US and Japan too whenever I could. The Rolling Stones have been a lifetime love-affair for me. I suspect they are exactly the same for pretty much everyone else who uses this site. And should the new album prove to be top class I will be overjoyed and play it to destruction. And if it is not up to scratch I will be sad, but not desolate. Or angry. Or critical. Because of all that has gone before. And those fifty four years of pleasure I mentioned already.”

You can read the full Chuck Leavell interview at Vanity Fair.