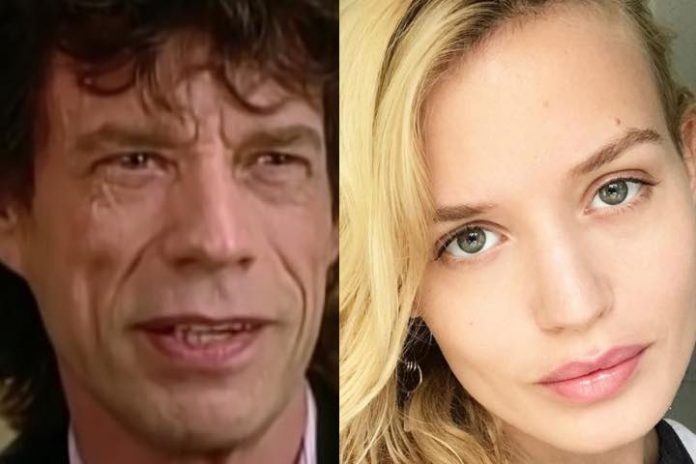 The Rolling Stones frontman Mick Jagger‘s daughter Georgia May Jagger released a photo recently of her hugging two female friends in bed. She said, “Here’s something I just can’t understand If the guy have three girls then he’s the man @sukiwaterhouse @aliceoliviadellalxiii.”

The Rolling Stones fans recently discussed why the band don’t frequently make huge changes to their setlist, with fans debating if it’s because of Keith Richards. Keith Richards’ wife revealed a Paul McCartney and The Beatles ‘love’ photo yesterday.

rbp posted, “I believe they play it safe for Keith’s sake. He is no longer the guitar player that he once was and his ability to adapt to major setlist changes between gigs
would be problematic for him. He copes with 1 or 2 changes per setlist and I think that is about the maximum for him. Of course I could be wrong.”

Howard Stern revealed who The Rolling Stones should tour with recently. GasLightStreet responded, “That is a very weak argument. Their set list comprises of songs that, for the sake of pointing out guitar playing, Paint It Black is not exactly easy. The intricacies of YCAGWYW requires awareness because of what the song consists of. Songs they can play in their sleep is hilarious but there’s a reason they rehearse them still, like JJF – even though they play it with the delicateness of throwing down a carpet, it still has key moments that require awareness and agility. Something that sounds simple, Dancing With Mr D, he pulled off just fine.

Throw in being old – Keith’s screw ups are not really any different than ever. He’s clammed up a lot of songs over 5 decades of touring – I can’t speak for their first decade. It’s convenient to say HE’S SO OLD NOW NO WONDER! but if you listen to various live performances of the last 5 decades, he screwed up plenty while being younger.

Not that being old has its downfalls – he struggled immensely with Gimme Shelter in New Orleans to the point that he was playing a completely different song when the band came in. You’d have to ask him why that is.” Keith Richards’ daughter finding Mick Jagger to be good looking was recently detailed.