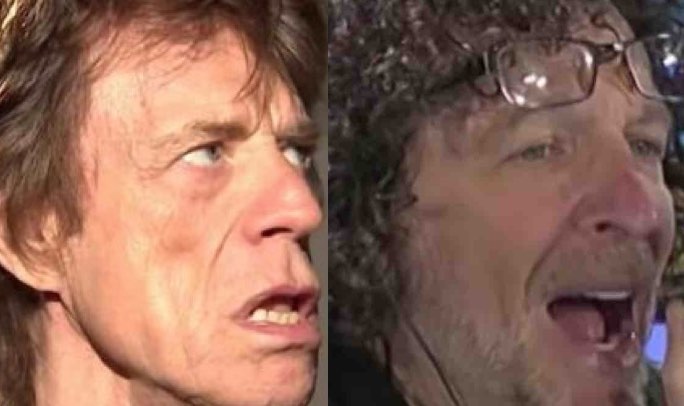 Howard Stern has revealed The Rolling Stones definitely aren’t done, and he’d even like to see Mick Jagger and company tour with the surviving Beatles. He made the comments during a Green Day interview. Howard Stern revealed what Keith Richards did to Jimmy Kimmel at a party earlier this week.

MarksFriggin.com recapped: Howard said Jason an Billie trade off lead guitar. He said it seems kind of effortless. Billie Joe said they met Jason on the first Green Day tour in 1990. He said they’re friends and they weave in and out of the stuff. Howard asked if he was nervous coming into the band. Jason said of course he was.

Howard asked if the guys are like brothers in a way. Mike said he thinks they’re closer than they used to be. He said they’ve chosen to stick together this long. Howard said they have so much history. Billie Joe said he thinks that sets them apart from some of the new bands. He said they’ve been together for 30 some years. Howard said some bands can’t stay together. Howard Stern recently revealed who a member of The Who yelled at during a bad performance.

Howard said the guys have a tour they’re doing with Weezer and Fall Out Boy. He said it sounds like a lot of fun. He said it would be cool if the Stones and Beatles went out together. Mike said they’ve been friends with Weezer for a really long time. He said it’s going to be a lot of hanging out and going bowling. Howard asked if that’s what he imagines. Mike said they do rent out a movie theater to watch a movie. He said it’s a great way to sneak liquor into a theater. He said they can do that with water parks too. Howard said that sounds like what Elvis used to do. The Rolling Stones were forced to pay $6,000 at a show for a stupid reason recently.