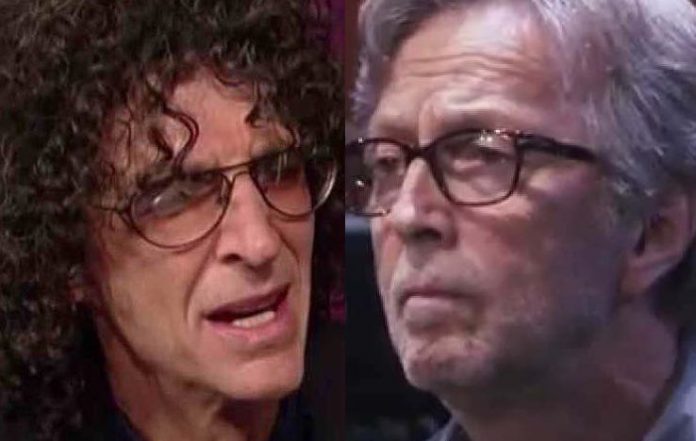 Howard Stern said he is heartbroken that Eric Clapton is the last surviving member of Cream in a new TMZ interview. Howard Stern recently revealed if Green Day’s singer is going bald.

“Ginger Baker, I don’t have any great stories, but I did love Ginger Baker. I cried when ‘Goodbye Cream’ came out and they broke up. Saddest day of my high school life.”

He was asked who should perform at a Ginger Baker tribute, and he said, “Eric Clapton, Jack Bruce is gone.”

Howard Stern paid tribute to Ginger Baker multiple times on his show last week, including when Jimmy Kimmel was a guest. MarksFriggin.com recapped: Howard said as a tribute to Ginger Baker who passed away he’s going to play some Cream. He said he was a great drummer. He said that they’re going to play this song and then get to the next guest. They played ”Sunshine of Your Love.”

After the song Howard came right back and asked if they thought about Ginger Baker. Howard said they’re out in L.A. and Jimmy Kimmel is there. He said they have a guest coming in to welcome them there. Jimmy said he likes that they don’t know who’s coming in.

Jimmy asked whose idea it was to put Fred behind the walk. Howard said that was him. He said he doesn’t want to look at Fred. He said he has to keep him back there. Howard spoke to Fred for a moment. Jimmy Page unloaded on a brutal Eric Clapton insult recently.