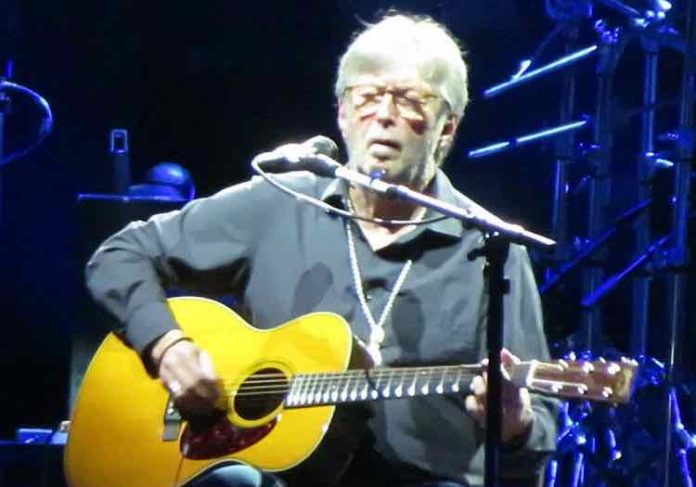 Marianne Faithfull who is the former convent schoolgirl was discovered by pop guru and former Rolling Stones manager Andrew Loog Oldham. She went on to become Mick Jagger’s notorious other half and the Stones’ muse.

She has managed to survive more than 50 years in a music career. However, it has not been a smooth journey as it saw a lot of ups and downs. It includes her going out with Eric Clapton, who used to be stoned.

Marianne Faithfull revealed that Eric Clapton would give her shots but the latter never shot up and bought pure heroin.

Here is what she revealed[via Louder Sound]:

“I used to go out with Eric to get my drugs and fixed by Alex Trocchi [famous 60s beat writer]. Alex was my drug guru and he was also Eric’s. I used to meet Eric on Observatory Hill with his then girlfriend Alice [Ormsby-Gore, Lord Harlech’s daughter], and we’d all trot up to Alex’s flat and he’d shoot me up. I don’t think Eric ever shot up, he just bought pure heroin.

He was very quiet. He was either withdrawing or very stoned, so you couldn’t really talk to him. I knew him before he started taking drugs, and he was much more outgoing and confident. Everybody seems to lose their self-respect when they start taking drugs, they’re not sure of themselves. Keith often does a very good impression of being sure of himself.”

Faithfull managed to overcome heroin addiction and homelessness. She also beat anorexia nervosa, clinical depression that resulted in suicide attempts, breast cancer and hepatitis C. In 2020, she also managed to recover from a bout of the virus in relation to the worldwide pandemic that put her in the hospital.