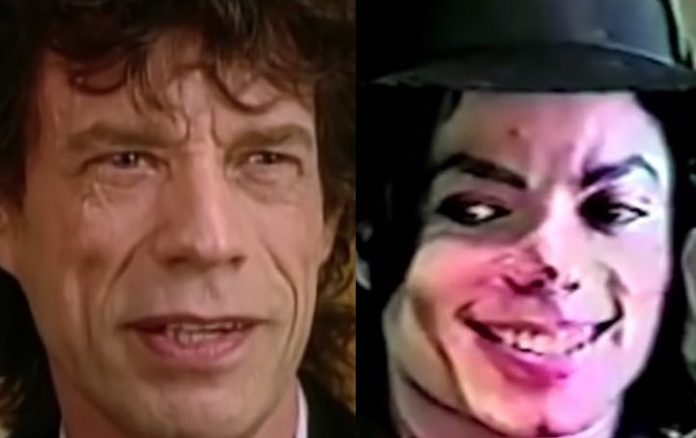 Mick Jagger and Michael Jackson are in the news with a bizarre new tweet. Chloe Dykstra, co-host of the web series Just Cos for the Nerdist Industries’ YouTube channel took to social media via Twitter to give the following controversial hot take in regards to the late “King of Pop” Michael Jackson as well as The Rolling Stones frontman, Mick Jagger. A brutal The Rolling Stones claim was made by Jimmy Page recently. The following Tweet can be viewed below:

Thinking of starting every video I host with “Liar, Michael Jackson, Mick Jagger, cunt, looks like a dude, giant mouth, nudes. Okay now that those are out of the way let’s get to the video”

He’s had so many. Not everyone’s favorite album, but his vocals on Black and Blue were outstanding and so varied. From the gritty “Crazy Mama” to the sublime “Melody”. A stunning album that really showcases his vocal range at its peak imo

I think EXILE is Mick Jagger’s best album. When you listen to all of the different genres of music he sings like the hard rock swing of “Rip This Joint,” to the “hypnotic shoeshine beat” of “Shake Your Hips,” to the country sounds of “Sweet Virginia” and “Torn and Frayed.” He delivers a wonderful calypso-style vocal on “Sweet Black Angel” and a swampy gospel vocal on “I Just Want To See His Face.” Lastly, we can’t forget about the heart-wrenching vocals on the slower but powerful songs like “Loving Cup,” “Let It Loose” and “Shine A Light.” EXILE ON MAIN STREET, in my opinion, was Jagger’s finest moment as a singer and one of the best in the history of music.

And KingsmanBarstow chimed with the following:

Plus, I’ll add this as a personal like, with an understanding that there are many, many great moments with the band. But his backing vocals on “You’re So Vain” – they are pure Jagger. Every time I hear those BVs cranked on the car system they bring a smile to my face. A big name recently made a brutal Mick Jagger dementia joke

Thinking of starting every video I host with “Liar, Michael Jackson, Mick Jagger, cunt, looks like a dude, giant mouth, nudes. Okay now that those are out of the way let’s get to the video”