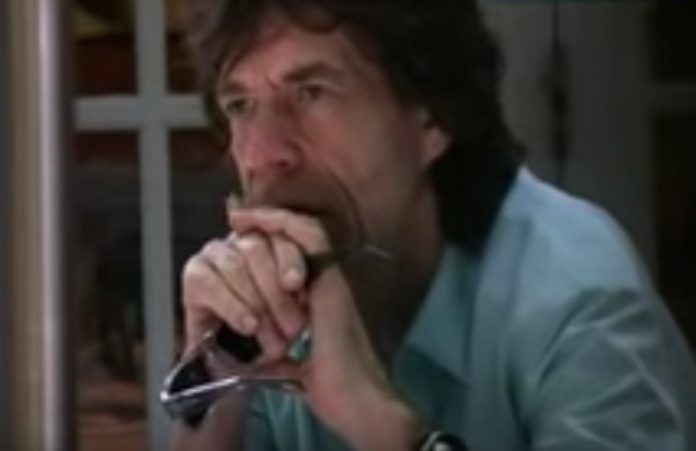 The Rolling Stones frontman Mick Jagger has announced that the band have lost their photographer and filmmaker Robert Frank, who worked on many projects with the band including the cover of Exile On Main Street. Howard Stern called out a terrible Keith Richards attack yesterday.

Mick Jagger posted, “Repost @therollingstones: We’re very sad to hear the news that the visionary photographer and filmmaker Robert Frank has died. Robert collaborated with us on a number of projects including the cover design of Exile On Main Street and directed the C**ksucker Blues documentary. He was an incredible artist whose unique style broke the mould. Our thoughts are with his family and friends at this time.”

An AC/DC icon revealed a stunning Mick Jagger ripoff yesterday. dmay posted on IORR.org, “A great photographer and documentarian. I have ‘The Americans’ in various forms. As an article notes, still a relevant look at the people and culture of the U-S-of A. I’m astonished that he has the pocket size Olympus Stylus camera in his hand in the photo above. I have the same camera. Its great for just walking around and taking photos. I use it for street photography which I would guess is part of Frank used it for. RIP, Mister Frank.”

I pressed the doorbell button a couple times. I was about to pass my note for Mr. Frank through the mail slot, just when a woman’s voice crackled on the intercom. “Who is it?”

“I have information about a photograph that your husband took a long time ago,” I said.

After a few seconds, the lock on the sidewalk door buzzed and I pulled open the big steel slab.

I stepped inside and found myself standing in a pile of junk mail and menus (where my message to Robert would have landed) at the bottom of a long dark stairway as Robert’s wife June Leaf stepped out of the shadows above at the second floor landing.

I waved the printout that I had prepared — the one that I call “Exile on 42nd Street” identifying the freaks and performers. I called up the stairs, explaining it again. “Well… Robert’s here.” she said. “You can come up and talk to him,”

As I climbed the steep steel stairway, she stood cautiously in the doorway to their apartment. When I got to the landing, I turned the corner and saw Robert Frank sitting at a table by the front window.

“Thank you for inviting me in,” I managed. “It is such a huge honor to meet Robert and yourself.”

“Spare us the starstruck hero worship,” she said. Mick Jagger nearly being murdered was detailed over the weekend.