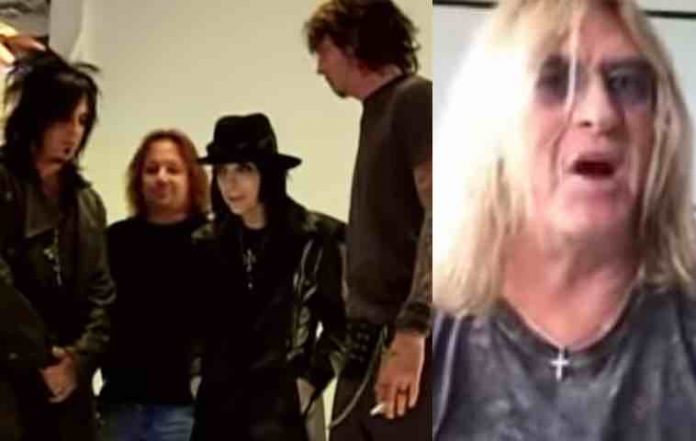 Motley Crue recently called out a fan for disrespecting them when it comes to their 2020 reunion tour with Def Leppard on Facebook. A Motley Crue family member announced ‘painful’ news a few days ago.

Hazell Razote-Triana chimed in, “I bought presale tickets, but the Def Leppard packages were the first to show up and were check marked automatically, I was in such a rush to purchase tickets, I didn’t even know if you scrolled further, there were Mötley packages, needless to say, I signed up for the Def Leppard fan club twice. Would have been nice to see what packages Mötley offered first.”

Elizabeth Marquart shot back, “Agree with you that Ticketmaster system is really flawed. I had to similar issue and every ticket I picked set available and then once I got to check out it would say it was no longer available. So ultimately I just picked something that I could and I got some sort of VIP without even knowing what I was buying.”

Xatan Jimenez added, “Yeah same here I was in such a rush and people kept beating me to the tickets I wanted and I was getting desperate and Def Leppard’s premium package wasn’t that bad so I got it. Would have much rather have gotten a Mötley package.”

Angela Garrison concluded, “Saw Def Leppard with Journey at Sun Trust Park a few years ago…they put on a good show I don’t think you will get tired of them but I wish Crue was closing the show! You might only want to leave early due to the traffic jam trying to get out of the parking deck..I think we sat there for almost 2 hours with no one moving! Have a great time!” A Motley Crue girlfriend revealed if Vince Neil is ‘overweight’ in new photos.