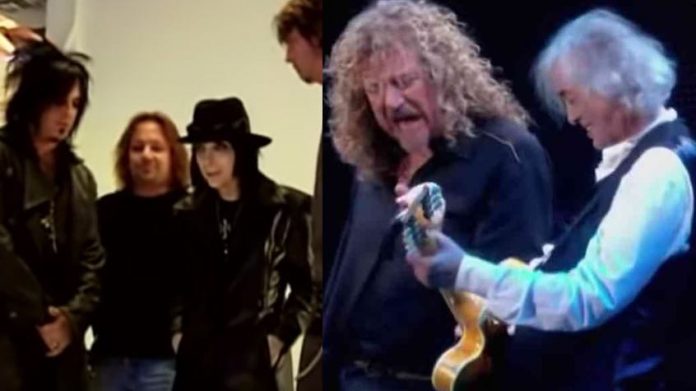 When asked who he’d like to see at the camp, he responded, “Probably, I don’t know, there’s so many of them.” He added, “It would probably be Robert Plant, Led Zeppelin.” He also discussed Motley Crue’s hey day in the 80’s. Alternative Nation transcribed his comments.

Schuman: But I imagine that once you guys find the super fame, kind of what I meant by that is that people gotta treat you differently once you go back and see people that you grew up with, right?

Neil: No, I mean it was funny because when me, Tommy and Nikki got that apartment, the infamous apartment [inaudible], I didn’t really see any of my old friends anymore. It was mainly just the four of us all the time.

Schuman: Sure, and in the Eighties, I would argue, and the movie The Dirt would argue too that you guys kind of epitomized what everyone’s idea of the rock star is. Obviously though, touring isn’t what it used to be like. What does being a rock star in 2019 look like? Being out on the road, are we past the three girls a day thing?

Neil: Well, I mean, when we first started out it was the four of us in a station wagon hauling a u-haul trailer. That was us “on the road”. Of course, it progressed to tour buses and airplanes and on and on like that. It’s funny, I think every band did what Motley Crue did but they just talked about us more. When you are young, in your early twenties, late teens and you get a lot of money, there are always girls, there’s always rock and roll and it was having fun. It could take a toll on you, you could either stop it and continue on with your career or it could eat you alive and you end up destitute.

Robert Plant recently revealed a battle with Elton John over a surprising name.