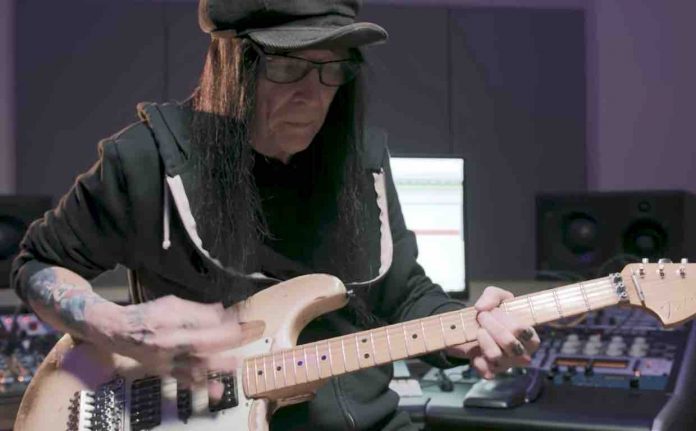 Motley Crue guitarist Mick Mars broke his social media silence, posting a photo of himself with a cat and a disgusting joke. He said, “Attracting pussy since 81.” While Mars attended promotional events for ‘The Dirt’ Netflix biopic, he has largely been silent, with bandmates Nikki Sixx, Tommy Lee, and Vince Neil doing most of the interviews to promote the film and new soundtrack material. Tommy Lee was brutally kicked out of a restaurant a few days ago.

Nikki Sixx commented on Mars’ photo, “Haha.” hardknockhardrocklifestyle82 responded, “@nikkisixxpixx The love you two have for each other is awesome Sixx!! I ain’t got a portrait of any of my band mates or best friends!! 🤘💀🤘 #Lifer.” jebollen71 added, “It’s Black cat appreciation day today but every day is Mick Mars appreciation day 🙌🏻🤘🏻🤘🏻” kvngaub said, “Mick Mars is cooler then anyone will ever be let’s be real.”

Mars has been working on solo material for the last few years since Motley Crue retired from touring at the end of 2015.

Vince Neil made a sad Mick Mars revelation last month. “We [Nikki and I] text a lot. Me and Nikki [Sixx, bass] go back and forth.”

“[We don’t text about] much. Just like, ‘Hey, bud. What’s happening?’ That’s kind of it. I don’t really talk with Mick [Mars, guitar] much. But the other guys, yeah, we still keep in touch.”

He added that despite Mick Mars actually being somewhat of a neighbor, he never talks to him or sees him.

“It’s funny. I have a home not too far from him, outside of Nashville, and I’ve never seen him. Mick is Mick. Like in [‘The Dirt’] movie, [he] just keeps to himself, puts himself in his basement and plays guitar. That’s Mick.” Slipknot singer Corey Taylor dropped a Motley Crue money bombshell earlier this week.