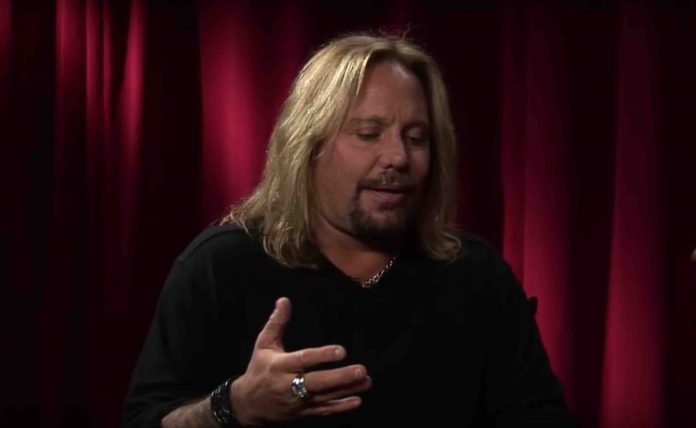 Motley Crue have been called many things, but ‘heroes’ may be something new for the band. Recently, one of the bands currently on tour with the group, Classless Act, had a bit of a meltdown during their recent set in St. Louis to which the Crue rushed to help with before things got a bit sticky.

Said the band’s bassist Franco Gravante: “We were on stage at Busch Stadium, in our 4th song, and I was wondering why my feet were SO DAMN HOT. I mean, everything was hot, but my feet, they were like, burning up. I look down and the glue on my boots had totally melted, so I just taped them together and figured they’d get me through the rest of the tour.”

Vince Neil, who is featured on the band’s eponymous single “Classless Act,” saw Franco’s post on Classless Act’s Instagram, and along with his band mates — Tommy Lee, Nikki Sixx, and Mick Mars — came to the rescue and surprised Franco with a brand new pair of biker boots.

This meant a lot to the band and the members within it as they surely do idolize the members in the legendary Motley Crue. While other bands have gone through some Motley Crue antics – it seems that Classless Act got the easy end of everything as this was much more of a good deed than what other bands have been through in the storied past with the hair-metal outfit.

Reports are saying that this tour featuring Motley Crue and Classless act has been great to see. In fact, Classless Act are being named as one of the best new bands to come out in recent years. We will continue to follow what these bands do next and we wish them and their boots all the best moving forward.