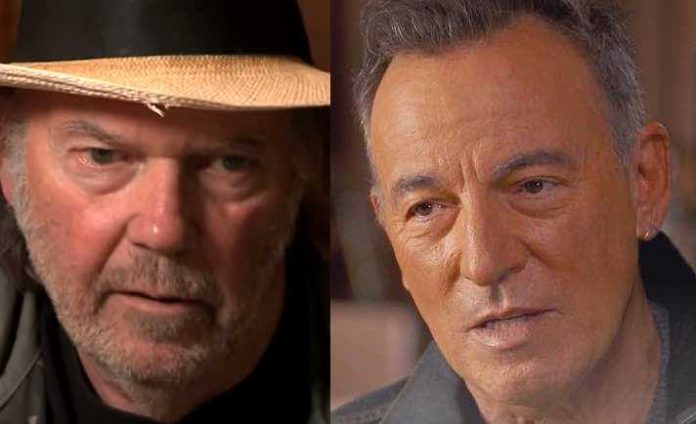 “Hello there again. This is not really a question but more of a suggestion directly to Mr. Neil Young.

Listening to story tone, the orchestral in big band version of it I guess you’d call it.
There’s no doubt I would have never listened to this had it not been for the NYA. But as I was listening to it I just kept thinking that other singers would be better at interpreting Neil’s beautiful words and music on this album.

I can hear people like Van Morrison, Bruce Springsteen, Bonniie Raitt, and probably a whole new generation of singers as well.

I believe there’s a dimension to this album that could be opened up to a whole lot of people if you explored the idea of having different people singing the songs. The one song that stands out for me is ‘Stand Up.’ I can certainly hear a children’s chorus singing this song,

That blues number, Hello Chicago I think it’s called, certainly calls out for a blues singer who can really nail that song in emotion and phrasing in in a way it’s intended to be nailed.
The only song that I only hear Neil Young singing is: I’m glad I found you. That is a real beauty and really got to me.

Anyway I make this suggestion respectfully, but also as a passionate and informed Young fan.
All the best to everyone there at NYA. Thanks!”

Young shot back, “Anyone who wants to record my songs is free to do that at anytime. I hope they do it! You have a lot of great ideas! Instead though, I chose to stand in the room and sing my own songs about my life with the orchestra myself, knowing that would be the most rewarding and true way for me to speak through my music. love N.” Dave Grohl recently called out a creepy Bruce Springsteen fan remark.