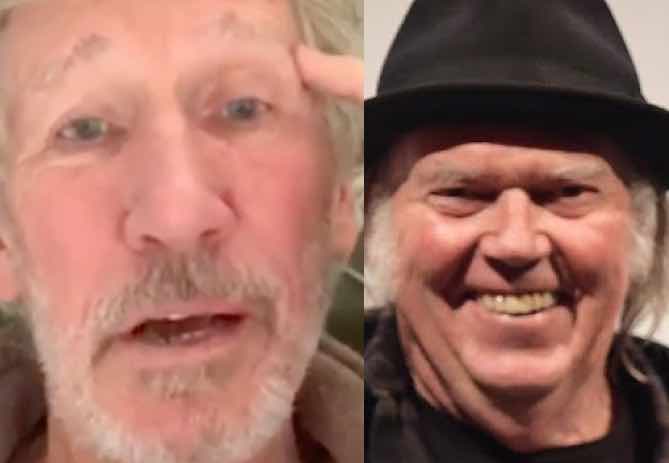 Neil Young recently reacted to himself and Pink Floyd icon Roger Waters being called ‘old’ by a fan, and he seemed fine with it. Roger Waters recently made an ’embarrassing’ Neil Young claim.

A fan asked on NeilYoungArchives.com, “NY & NYA team, Just a quick note and a question. The launch of the paid version of the site in my opinion went extraordinarily well. A couple of small hiccups that were fixed in a very timely manor. The NYA app also rolled out way better then expect and the sound quality is truly outstanding. Considering the big boys I tunes, Amazon, Spotify and Sirius have had years, thousand of employees and millions of dollars to improve the listening experience for the customer but have chosen not to do so.

The fact that a old hippie and a much smaller team of dedicated music fans, historians and sound aficionados could put out a product of this quality is astonishing. The ridiculously low price speaks volumes for what Neal is trying to do and how he wants his music heard in its true form. We’re all kidding ourselves when we think the $20.00 a year price pays for what we get. I am sure that the vast majority of this endeavor is being under written by the solo shows that Neal been doing.

That NYA subscriber almost exclusively benefit from. Remember the old days when the scalpers had all the best seats for Neal’s shows and we paid a enormous mark up on each ticket. That’s now a thing of the past we as subscribers get the best seats and should be happy to help under write the cost of NYA and be entertained at the same time.

Now the question: Will the Recordings and or video from Desert Trip Oldchella ever be made available? The two shows with Promise Of The Reel and the guest appearances with Paul were some of my favorite Neal performances. Dave. The Guy in the Green Freedom Of Speech hat.”