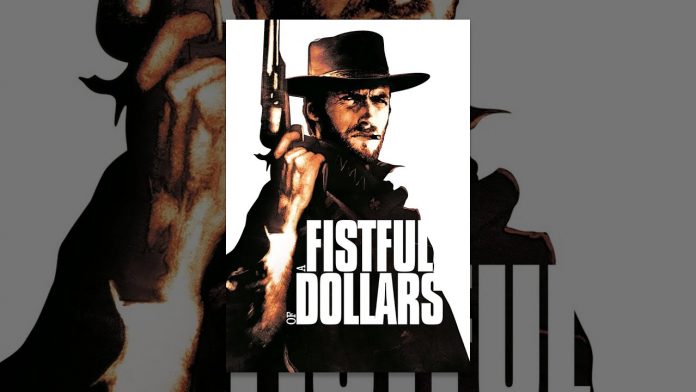 The Western is a genre that’s been around since the 1930s. The genre mainly started in Hollywood with many iconic films such as my “Darling Clementine”, “High Noon”, and the films of John Wayne. These movies were full of romance and goody goody cowboys as their heros. This style saw much fame for a long period of time (lasting till around the early 60s) it become a very overdone, cliche ridden genre a the young generation of the 1960’s had lost interest in it. It was time for a change as the genre was on it’s way out. While Hollywood had no plans to change it at the moment, Italy stepped in to do so.

Enter Sergio Leone, an at the time director of arthouse films who decided to reinvent his style. Starring the then young up and comer, Clint Eastwood and inspired by(almost too much)  the Japanese classic, Yojimbo, Leone made his debut into into the western genre called A Fistful of Dollars. As soon as the film started you can tell the genre was turn on its head. The film was so much more violent than what the genre had seen that even the opening credits was loaded with violence. This same opening credits sequence was animated though the film was live action and feature an epic and artsy score from composer Ennio Morricone as opposed to the the happy country songs that were normally featured in the American films. Instead of the pure hearted do gooders of the early films our main hero was “The Man With No Name” an anti-hero with no backstory given whatsoever who kills bad guys without a second thought while spouting out cynical one liners.  Paul Whittington of the website Independent.ei described the film as “beating new life into a dying horse” .

The film was a huge hit in its Native country of Italy. The film started a craze of westerns in Italy with this style that would later be dubbed the Spaghetti Western with the film getting two sequels, “For a Few Dollars More” and “The Good the bad and The Ugly” as well as westerns from other filmmakers including the 1966 films “Django”. It would not be until 1969 that America would get “A Fistful of Dollars”.

The film was welcomed with open arms in America do to it fitting right in the emerging New Hollywood era which had blown up the year before with films like “Bonnie and Clyde”, “2001”, and “Rosemary’s Baby” as well as the success of Eastwood’s American made Western, “Hang Em High”. This release would also inspire filmmakers in the States showing them it was time for the American Westerns to evolve as well. Films such as the Wild Bunch would take influence from this Italian style by incorporating the high levels of violence and dark tone and Eastwood would become the face of the western genre starring in many Hollywood made westerns over the decades including “Pale Rider”, “Bronco Billy” and the self directed Unforgiven, all which took influence from Leone’s work. The idea of experimenting with the genre would continue as well with films like the Mexican film “El Topo” by Alejandro Jodorowsky, which mixed the Leone style anti-hero western with tons of surrealism and Spiritualism, the 1983 American film, “Eyes of Fire” which mixed western and occult horror and Jim Jarmusch’s 1995 film Dead Man which through just about every cliche the western genre ever had (including those that started in Italy) out the window.

All and all we have Sergio Leone, Clint Eastwood and their first ever collaboration, “A Fistful of Dollars” to thank for changing the western genre forever and keeping it from becoming just a fad of the past. To this day Eastwood is seen as the iconic director of the genre and Leone the most famous director of it and they will most likely be seen as such for ages to come.