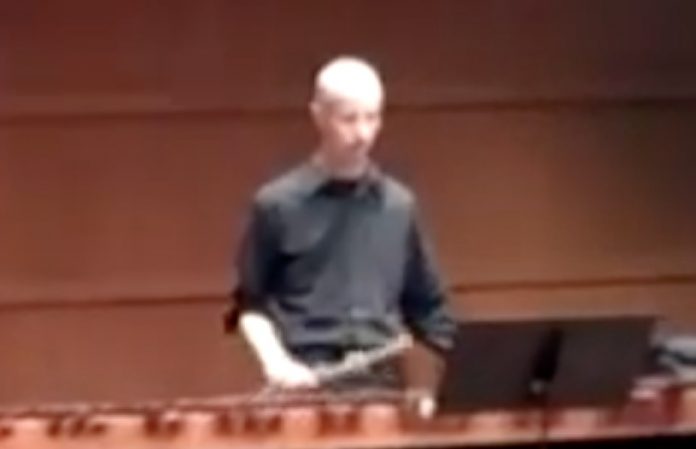 The new Slipknot member is reportedly multi-instrumentalist Michael Pfaff, and the first clearly shot video of him performing live onstage unmasked has surfaced. Pfaff’s mother reportedly confirmed his identity earlier this week. In the video, Pfaff plays percussion ensemble arrangement with a group of musicians. Corey Taylor has continued to troll fans about the identity of ‘Tortilla Man,’ sharing a joke post by Gilbert Gottfried on Cameo claiming to be the mysterious member on Wednesday. He said in response, “HE’S EATING THE CAKE GILBERT!!!”

Taylor also tweeted, “90% of you still use an apostrophe to show something is plural. It’s still incorrect. And you really think I’m gonna give a shit what you think?”

Jim Root recently told Kerrang about the band’s new song “My Pain” being from years back. “Years ago, when we were working on All Hope Is Gone, there was another record that Clown and I were working on up in the farmhouse, away from the studio. My Pain was something that was born at that time, and it was always something that Clown was working on – it’s like that one painting that you keep going back to. I don’t think he wanted to use it for whatever it is we’re going to end up calling that other music – and for all I know, we may never end up releasing it. But this was one of those things that he wanted to revisit and see where it could go. Corey pulled out all the stops, and made it something special.”