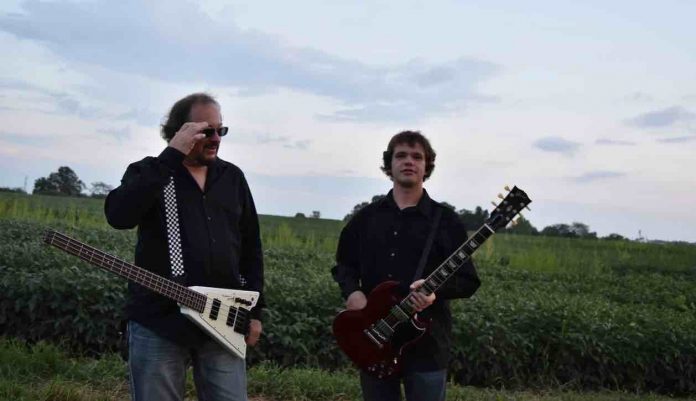 You really cannot go wrong when you look back to the glorious heyday of 90’s alternative rock as an inspiration. From the trend-setting aesthetics and the anti-star mentality to the unabashed, in your face intent to rock you to your very core, the last great era of music serves as a rich launch pan in which bands can look for guidance and inspiration. One such band working today is rocking hard with the vibe and attack of this bygone musical era and making a huge impact in the process. The band- is Outerfield. And their potential is out(er) of this world.

On Friday, Outerfield released their latest album, Pleasant Grove Hotel. Consisting of eleven non-stop tracks of alternative rock and roll mastery, Pleasant Grove Hotel comes at a time when the music world is in desperate need of a hero. Smooth vocal lines carry you through musical tales while straight up, ass kicking instrumentation consistently reinforces Outerfield’s great knack for pushing the envelope.

“Dust”, the first single from Pleasant Grove Hotel haunts with its layered vocal attack and garage-rock infused approach set the stage for this killer album. Beatles-esque vocal harmonies along with a hefty serving of seductive lead guitar lines keep the song driving while the simplistic yet fantastic drumming serve as a highlight. “Dust” really makes an impact upon first listen but repeated listens allow it to sink deeper and deeper into your mind; adding more meaning and layers to this great song.

Outerfield set a high bar for themselves with Pleasant Grove Hotel. It’s the kind of rock album that you can play over and over and never tire of. Similar to the best work of The Black Keys and the Strokes, repeated listens just bring more meaning and pleasure. If you are starved for some great straight up rock music in 2019, immediately check out Outerfield!