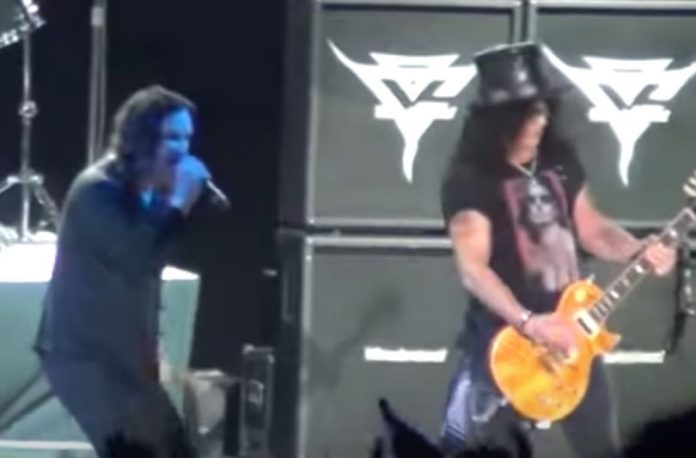 The official Instagram account for heavy metal icon and Black Sabbath legendary frontman Ozzy Osbourne tweeted out the following picture. The picture is of a throwback magazine cover, dated October 1991 on Metal Forces magazine.  Ozzy Osbourne’s wife made this sad disease revelation recently. Metal Forces was a British magazine publication founded in 1983 which promoted the music genres heavy metal and hard rock. Metal Forces were well known for its coverage of unsigned bands and championed the likes of now-legendary metal bands, such as Metallica and Slayer long before they had record deals. This Ozzy Osbourne creepy bar video was revealed by a big name.

Also on this particular magazine cover is Guns N’ Rose and most notably, their bassist Slash, located in the lefthand corner. You can view this retro magazine cover below. Ozzy Osbourne chugged a beer in a recently resurfaced backstage photo.

Ozzy Osbourne fans discussed if the fanbase should consider the Prince of Darkness to be a “heavy metal” artist in a recent topic on the Ozzy Osbourne subreddit.

JONNY_93 chimed in with: “I fuuucking hate labels in society and esp in music….rock, metal, hard rock, thrash metal…doesn’t fucking matter….he is a “music” icon and has inspired millions to play music the way they want to without labels and selling out. One could say this album is metal and that album is rock and Ozzy could say ” no ya fucking bloc I call it “pop music” haha hope you get my point.”

Arn_Darkslayer replied: “Well as Sabbath was the first metal band I think you have to. Oz’s solo stuff is more hard rock though.”

ChaosSpeed stated: “Maybe not heavy by today’s standards, but he did front the band that, for all intents, invented heavy metal.”