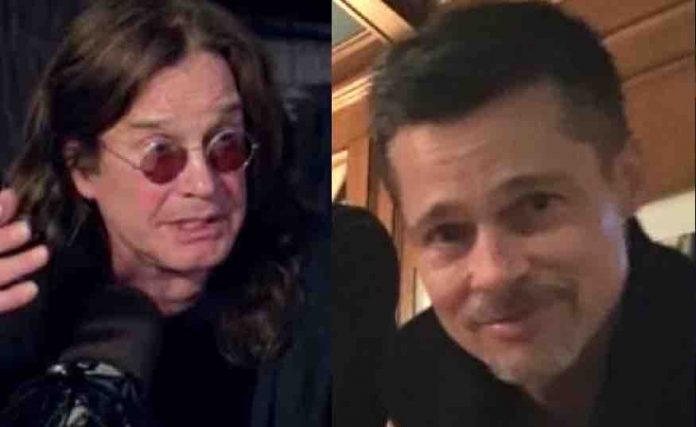 Co-Host of ‘The Tomorrow Show’ Roxy Striar posted a recent episode in which she discusses Ozzy Osbourne‘s battle with Parkinson’s and reveals how she got to live out her Brad Pitt and Jennifer Aniston fantasy. You can check it out below. Ozzy Osbourne’s heartbreaking ‘goodbye’ note recently revealed.

In other Ozzy Osbourne news, fans recently took to social media to take another look at another classic Ozzy Osbourne release in ‘Blizzard of Oz’. One fan said: ” The classic debut from the man who the world counted out, there isn’t anything bad that I can say about this album other than it should have been longer. I played this album to death when I was fourteen and it still holds up today. Right from the beginning, “I Don’t Know” just soars out of the speakers and you get to hear the majestic Randy Rhoads who is playing out of his skin and the oft-overlooked rhythm section of drummer Lee Kerslake and bassist Bob Daisley who’s parts are reinstated on this album after the controversy of the 2002 reissues of the first two records.” Ozzy Osbourne recently leaked this ‘offensive’ near death photo.

The fan continued: “This album was very well constructed in terms of material. You have out-and-out rockers with “Suicide Solution”, instrumental passages with “Dee”, heartfelt ballads with “Goodbye To Romance” and to be a powerhouse epic with “Revelation (Mother Earth)” which to me boasts Rhoads best solo. The bonus material isn’t extensive; a pretty good B-Side in “You Looking At Me, Looking At You” and a couple of outtakes are about it, but it’s good to have this album restored to its former glory.” Ozzy Osbourne ‘begs for help’ in heartbreaking photo.