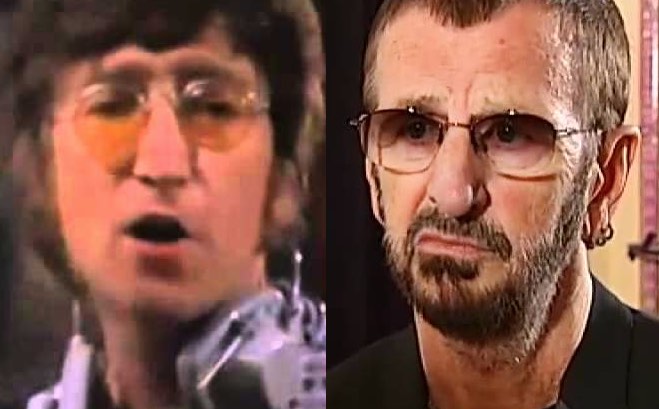 The official Instagram account for John Lennon shared the following photograph. This photograph is the last known photo taken of John Lennon and Ringo Starr. Also included is Ringo’s recollected last conversation that he had with Lennon as told to in an interview with Barbara Walters circa 1981. Ringo Starr leaks heartbreaking last John Lennon photo.

Ringo stated in that interview: ‘I saw him on the 15th of November. I was staying at The Plaza. We went over to New York for a while. And I hadn’t seen him for a while because, you know, we see each other wherever we are. And he came over with Yoko for an hour and we had such a great time because they stayed five hours. And it didn’t matter that it was a year between we didn’t see each other, it was always fine when we did, but it was a particularly great time that we, that I had, anyway… Oh, man, they were happy. They were two people in one.’⁣

John Lennon ‘offensive’ photos with this older woman leak. In other John Lennon news, fans recently took to the Beatles subreddit to discuss the ever-popular ‘what if’ scenario of ‘What if John Lennon lived?’ Fellow Reddit user ecrivain_rebelle responded: “I think Lennon was growing restless for a change in his life, after ten years (minus 16 months) of John and Yoko’s life together. Lennon in his 1979 audio diaries spoke of a real sexual, romantic frustration with Yoko despite them being very stable. Yoko would continue most of John’s business affairs and continue to act as his de-facto manager but their sexual and romantic vibe was weakening. I also imagine John and Yoko to continue to be very close friends.”

John Lennon ‘overweight’ backside photo revealed. To which vegetables_vegetab replied: “I’m not so sure about John and Yoko staying friends either. Let’s look at his previous ex’s, Cynthia and Paul, it was a fairly scorched earth policy there for a while! I could see them tentatively reaching out to each other after ten years or so though. I could also see John coming out of the closet with his bisexuality and dating a high-end designer or filmmaker and adopting a ton of kids ala Angelina Jolie.”