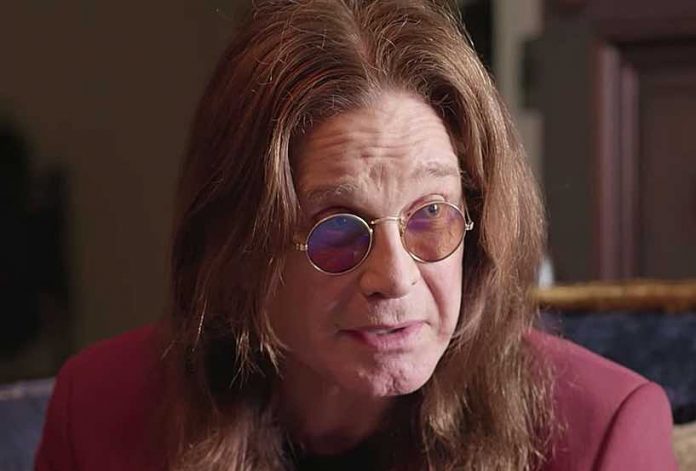 Ozzy Osbourne recently took to social media via Twitter to post these heartwrenching lyrics to his latest hit song, ‘Ordinary Man’ featuring Elton John. The song said to be an alleged ‘goodbye note’ as Osbourne is dealing with a new battle with Parkinson’s came out earlier this month. The album of the same name comes out this February. You can view the tweet below. Ozzy Osbourne recently leaked this ‘offensive’ near death photo.

In other news regarding Ozzy Osbourne, fans recently took to social media to revisit about another Osbourne album – ‘Diary of a Madman’. One fan put: “The 2002 version with newly recorded bass and drums by different musicians…what an awful idea. I read an interview recently where Ozzy basically blamed Sharon for that release, stating that he didn’t even know it was being done and that he demanded that the original be restored after he found out. Whatever the truth of it is, I would still go for this 90’s copy before any newer version. It sounds great and surely won’t be improved upon by any new re-master. I will still probably get the upcoming Legacy Edition for the bonus live disc, but being a longtime Ozzy fan, I’d still want the ’95 version in my collection.” Ozzy Osbourne ‘begs for help’ in heartbreaking photo.

The fan continued: “What can you really say about the songs? It has the rock radio staples Over the Mountain and Flying High Again; fan-favorite heavy metal tracks like Believer and S.A.T.O.; epics like You Can’t Kill Rock & Roll and the title track. Ozzy’s voice in ’82 was captivating, and Randy Rhoads was the guitar god he’s made out to be today. I always go back and forth between this and Blizzard as my favorite solo Ozzy album. Blizzard gets points for the strength of certain individual songs, but I think I like Madman more as an entire album. Either way, remember to stay away from the 2002 travesty that even Ozzy says never should have happened. Ozzy Osbourne bandmate confirms ‘terminal disease’ in photo.

I was unprepared for fame
Then everybody knew my name
No more lonely nights, it's all for you
I have traveled many miles
I've seen tears and I've seen smiles
Just remember that it's all for you
Don't forget me as the colors fade…https://t.co/GxJOaXK5bI