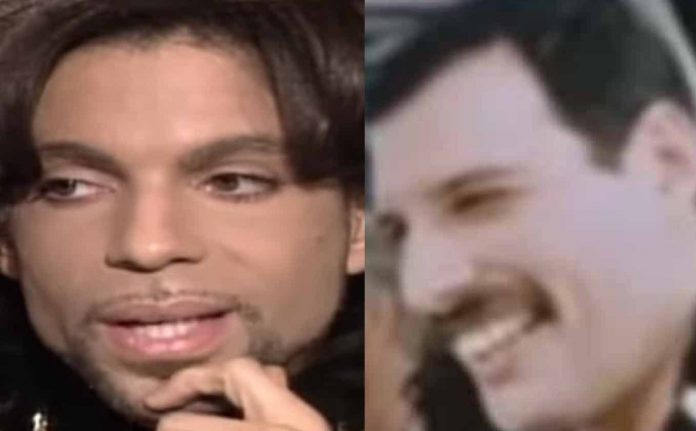 “Freddie had one video of a live Prince concert which he forced many people to watch, sometimes over and over again.

When Freddie settled down to watch such a three-hour tape, it could take either fifteen minutes in which we watched only Freddie’s specifically edited highlights or six hours when he would play the same bits over and over again. It was either fast forward or play it again and again and again, Sam!

These video sessions generally occurred at two or three in the morning after Freddie and entourage returned from an evening on the town. The Prince tape was immediately put on and Freddie had sole control of the remote and his guests were subjected to Freddie’s enthusiasm for a said artist again and again and again.”

The story later added, “I managed to avoid ever seeing it but the sound of it haunts me to this day! I was lucky in that I had the excuse of constantly getting drinks for the guests which kept me out of the sitting room.

I think Freddie admired Prince because he was so similar to when Freddie was young. An extrovert on stage, thin, dark, hugely energetic and with that charisma which turns a diminutive form into a giant.”

-Peter Freestone” A Freddie Mercury bandmate making a sad Axl Rose claim was revealed a couple of weeks ago.