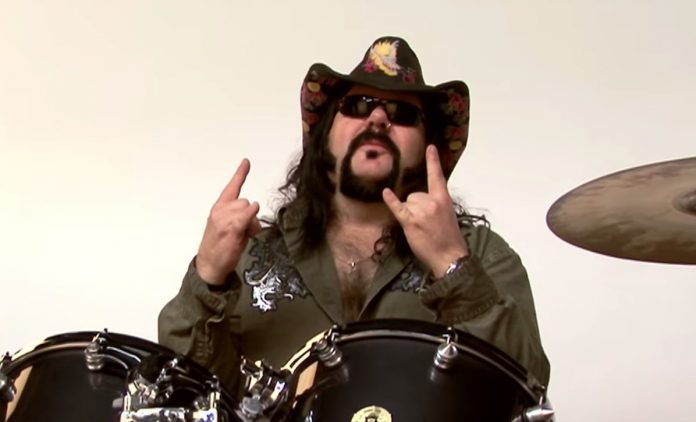 Pantera drummer Vinnie Paul is going to be laid to rest in his forever hardware, identical to that of his late bandmate and brother … courtesy of none other than Gene Simmons and Paul Stanley.

Sources close to Vinnie’s family tell TMZ that the recently deceased musician and Pantera co-founder will be buried in a custom KISS casket provided by Simmons and co.

TMZ are told the casket was offered as a gift at Vinnie’s family’s request. His brother, “Dimebag” Darrell Abbott was buried in the original prototype in 2004 after his untimely death. As TMZ reported … Vinnie died in his sleep this past week, but the cause of death is unknown for now. He was 54.

Vinnie will also be buried in some of his clothes — including his hat, shoes and flannel … among other items. TMZ are told Vinnie will be put into the ground Saturday at the same cemetery in Arlington, TX, where Darrell and his mom lie.

A family source tells TMZ a public memorial concert honoring Vinnie is going down Sunday at the Bomb Factory in Dallas at 3:33 CST. The time is said to be a tribute to Darrell — known as “Dime Time.” The event is free, wristbands will be given out at noon.