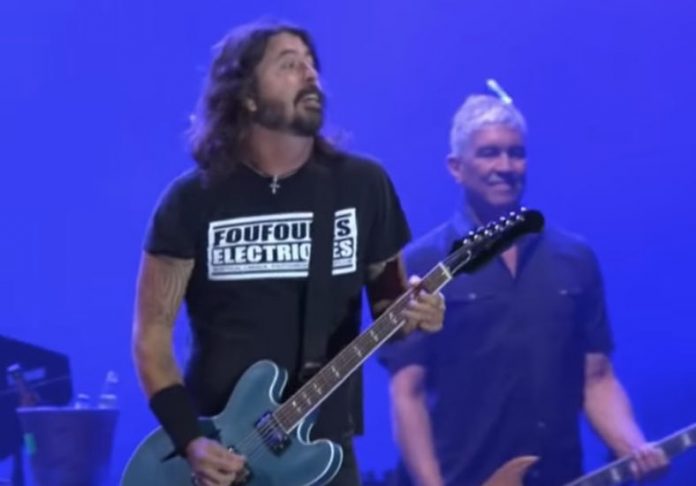 It has been a while since we have heard from any of the members of the Foo Fighters. As of now, there hasn’t been an exact moment where the silence has been broken by the group since the passing of their prolific drummer, Taylor Hawkins. After Taylor’s passing, the band released a very brief statement which mentioned that they were in mourning, but since then, we haven’t heard anything further from the Foo Fighters camp. That is until now.

Recently, Flea was seen at a festival after a set with Pat Smear. At the festival, it was stated by Chad Smith that the Foo Fighters along with the family of Taylor Hawkins were in attendance, but were not present in the crowd. Rather, they were in the back area listening to the show. Fans erupted after hearing that news which should have been heard by the band and the family of Taylor Hawkins.

After the set, Flea posed for a photo with Pat Smear who was seen smiling ear to ear like only Pat can. Of course, Pat and the band are going through a lot right now, but it seems that they are trying their best to get back to some kind of normalcy in the face of the issues and hardships that they are currently facing from losing their drummer.

We hop that the Foo Fighters continue to find peace in such a horrible time for them.