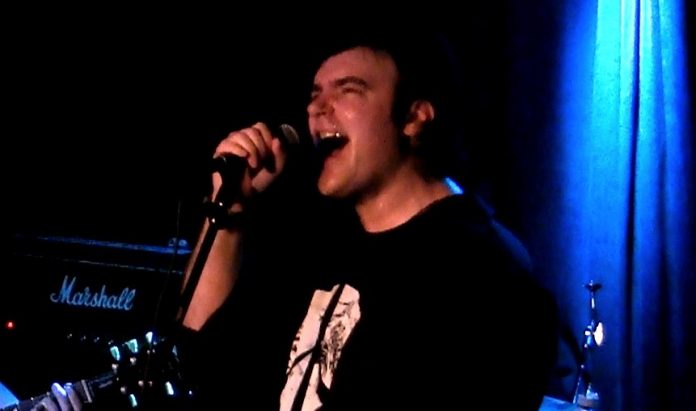 The new EP features six tracks. While the songs may be new- the mission statement remains. Maged possesses an otherworldly ability to write songs that creep and crawl under your skin and remain for days. With the proficiency and prolific nature in which he works, it’s a fair argument to listen to The Glass River and ask, “How the hell did he pull this off again?” It’s insane.

Through the six tracks there isn’t a dull moment to be found. “Choices” however sits above the rest as the magnum opus of the set. Continuing in the tradition of fresh vocals and unabashedly fun pop influences laid on top of a solid rock backing, “Choices,” with the chiming pianos and crashy drums come together- albeit- a little unsettling but it’s with his voice and the fantastic verse melody that bring this instant classic to fruition. While Maged has often exceled at presenting a fresh take on 90’s alternative, “Choices” is very 80’s– in the greatest way possible.

There’s the ever so slightest hint of Huey Lewis & the News mixed in for good measure. I swear to god even Patrick Bateman would lose his mind when listening to this. Maged’s clearly excels with his work as a lyricist. You cannot take for granted how important honest, powerful lyrics are. “PC Police”, from Light Years Away showed his ability to speak on a grander level but its here with his first-hand, universally relatable story telling that is worth its weight in gold.

Once again, Paul Maged has proven why he is one of the most exciting and unique artists working in the alternative forum. But furthermore, Maged laid the groundwork for a continued trek of success; proving he can consistently create awesome music while building upon his already well established potential. It’d be a crime not to check out this new release! Make sure to check out his back catalogue as well! You can also check out Paul Maged across his various social media sites below!