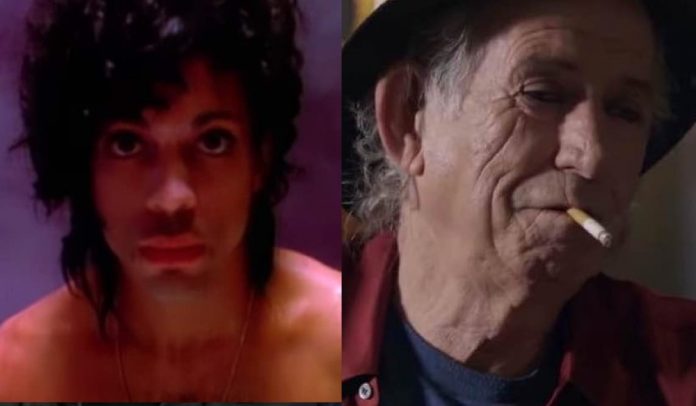 The Rolling Stones guitarist Keith Richards‘ lovely daughter Alexandra Richards has revealed what Prince did to her sense of style in a powerful new photo. She wrote, “#PRINCE forever and always.” Mick Jagger flying to see Prince before he died was detailed last week.

Howard Stern discussed Prince’s lack of a will on his show this week, MarksFriggin.com reports. After the break they played Prince’s ”Batdance” as they were coming back. Howard said this is what he want to hear. He talked it up like a DJ. He said he loves this so much. He said just listen to this. A member of The Rolling Stones being photographed with coke was recently revealed.

He said Prince was something. He said he should have left a will. He said that way they wouldn’t have to hear all of the stuff he recorded and didn’t want people to hear. Howard said this song was released how many years ago?

Howard said Apple TV has a service and they give it to you free if you buy a new iPhone. He said he got a new one. Robin said she didn’t think he was going to get one. Howard said he did though. Howard Stern revealed when Mick Jagger will die a few days ago.