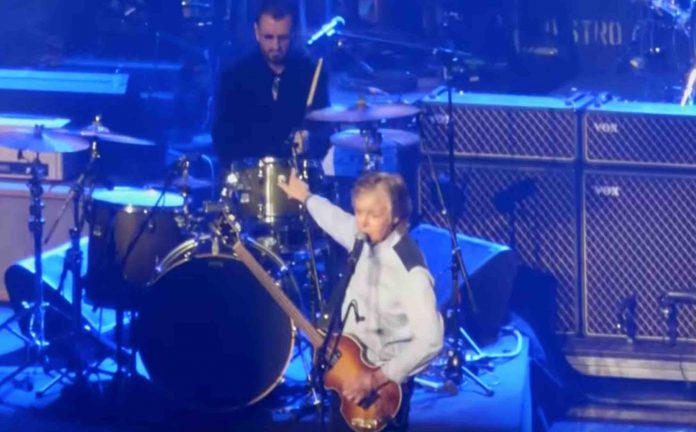 Paul McCartney wrote a touching birthday message to The Beatles drummer Ringo Starr, along with a photo of them hugging with McCartney appearing to possibly kiss him on the cheek as well. Paul McCartney recently told the sad story of how he met John Lennon.

“Happy Birthday to the best drummer in the world. Have a great one @ringostarrmusic. Love, Paul.
#PaulMcCartney #RingoStarr.”

lewis_white_91 said, “He wasn’t even the best drummer in The Beatles.”

anna_krajack wrote, “that one interview says that you think otherwise.”

gefonseca commented, “We love Ringo! The one who opened doors for so many rock drummers to shine.
Thanks for all those grooves and feeling. Happy birthday Sir!”