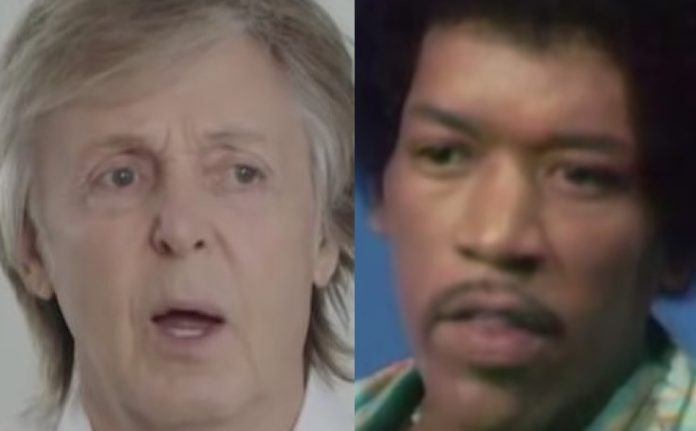 “This is the press launch for Sgt Pepper’s Lonely Hearts Club Band, at Brian Epstein’s house in Belgravia – 24 Chapel Street [in London]. We were lining up for various photographers, and Linda was one of them. I think it was the second time I’d met her. She’d come to England to do the photos for a book, Rock and Other Four-Letter Words, by a writer called J Marks. She photographed The Animals, The Yardbirds, a lot of British acts for the book, and she was invited along to this.

“One of the great things about Linda was she knew when to click. The photographers she admired were people who got those off-the-cuff moments – Walker Evans, [Henri] Cartier-Bresson, [Jacques Henri] Lartigue – where what they’re doing is a form of reportage that actually moved into art. If you think about the famous Cartier-Bresson photo of the guy jumping over a puddle [Behind the Gare Saint-Lazare, 1932] – it’s all about capturing that split second. Linda could instinctively feel a moment happening. That’s what’s happened here. John and I have gone [posh voice]: ‘Hello, old chap, how are you?’ ‘Nice to meet you, jolly good!’ You’ve got John being funny, me in stitches at him and George and Ringo both loving it. It shows the relationship between us all.

“Linda put you at your ease. Some photographers, you’re very aware that you’re having a picture taken. But she had such a relaxed attitude that she’d get a picture of Jimi Hendrix, but he’d be yawning in it. He felt comfortable enough to yawn, she felt confident enough to take a picture of him yawning, knowing he wouldn’t mind.”

The cultural significance of a star of “Macca”’s magnitude makes the term “icon” fit him no better than a shrunken sweater already two sizes too small. He’s outgrown it and easily moved up in status to that of a historical figure.

The first bit of proof of McCartney’s immortal legacy (other than the fact that not a decade goes by without a major Beatles movie) is the fact that the guy doesn’t sweat. While the potent stage lights made his band squint through the torrential perspiration running down their foreheads, Sir Paul’s face barely glistened.