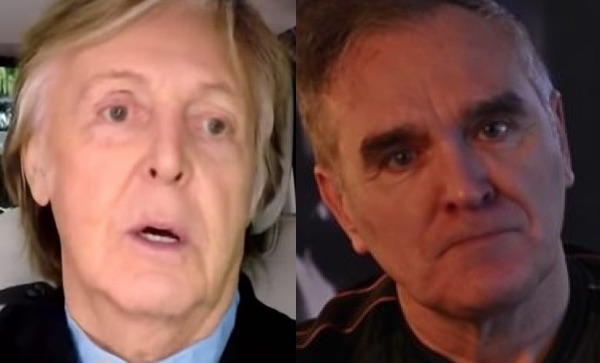 “She and Morrissey used to correspond quite a lot. I never really saw the letters, but they both sort of had similar attitudes about animal welfare. She was very punky in her attitude. We never got around to it, but she would have liked to have done something a bit more… [Paul impersonates a very aggressive track!] That kind of thing! She would have liked that, but we never got around to it, as I said.”

McCartney was recently disrespected by a surprising girl after saying: ‘I’m famous!” He continued in the live conversation, “But, that was the thing: we should get an album together and really let her stretch out with all the stuff she loved to do. So, there’s a lot of stuff she’d written that I wanted her to do and she wanted to do. And the New Orleans thing came from our visit there during the Venus and Mars time.

There are all sorts of things, ‘I Got Up’ was when we went to Paris did that track in a studio there. ‘Mr Sandman’ and ‘Sugartime’ were backing tracks that we asked Lee Perry – the great reggae producer and artist – to do. We had this idea to see if he would be interested in making some backing tracks in Jamaica that he could then send over to us. And we would just finish them up and put vocals on them, and stuff. So that was a very exciting idea. It was very exciting getting those original tracks…”