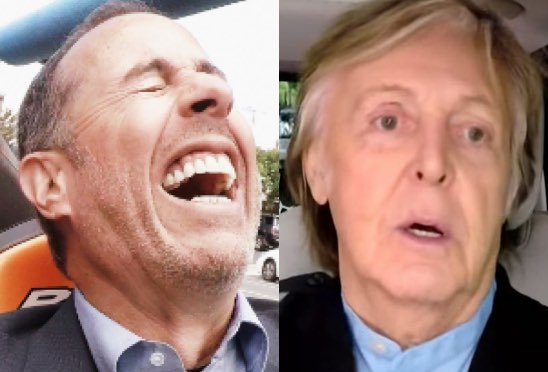 The Beatles icon Paul McCartney said in a new BBC Radio interview that Jerry Seinfeld once questioned him in person about the meaning behind “I Saw Her Standing There” saying he was ‘not sure’ that people knew what he meant in the song. Paul McCartney discussed a Beatles lyric that has received backlash for pedophile connotation yesterday.

Several decades on, the song remains the subject of dinner party talk. Television star Jerry Seinfeld once approached McCartney and said: “Paul… ‘Just Seventeen, you know what I mean’? I’m not sure we do know what you mean!”

He also discussed coming up with song ideas on his cell phone, “We could write the lyrics down, but we didn’t write music, so we’d have to remember it. Now, you put half an idea down, [until you have] thousands [of ideas] and it’s just like, ‘Urgh, I’ve got to finish that one. That’s a good idea, but you’ve got fragments.’ So, it actually sort of seems like a great advantage [to have phones], but I don’t think it is..” McCartney’s family made a disturbing announcement about the state of the world over the weekend.

Paul McCartney’s daughter Stella McCartney has announced a new fashion line. “We did it again! #StellaSummer20… Now our most sustainable collection ever. Thank you to everyone for another amazing show ✨⁣” She added, “Inspired by fierce women, past present and future, who aren’t afraid to make the world their own, this is our most sustainable collection ever! x Stella.” Paul McCartney recently made a sad George Harrison claim.