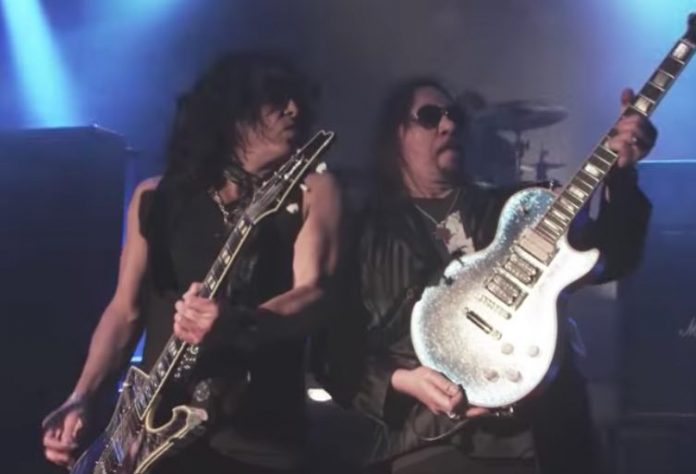 KISS icon Paul Stanley‘s son Evan was revealed to have been in attendance at one of Ace Frehley’s solo shows at the Canyon Club in Agoura Hills, California. The sighting was noted by KISSFaq fan forum member Almost_Human who stated that Evan was there along with a bass tech for iconic KISS member, Gene Simmons. In addition, it was noted that Ace Frehley was in ‘good spirits.’ This Paul Stanley ‘sickness’ was recently revealed in sad KISS photo.

In other news revolving KISS, fans of the group took to social media via Reddit to debate who should open for Paul Stanley and company during KISS’ upcoming legs of 2020 tour dates. Paul Stanley revealed if he’s ‘finished’ With KISS the other day.

Painfultaste wrote: “Danko Jones. Big in Europe and their native Canada but get overlooked here in the states. Music is good, and Danko himself is a huge KISS fan.”

Kangaroomeet stated: “I heard on a podcast that the painter was confirmed to continue opening through next year on the kruise. That said I want Bruce’s band from the kruise to open. Also, someone like Greta Van Fleet or another up and coming rock band would be cool to see open for them too.

Ace Frehley revealed If KISS’ Paul Stanley is lip-syncing not too long ago. Reyngrimms replied: “I’d love to see Bruce’s band open for them but I’m not sure if it’ll happen. Hopefully, at least he’ll get to come out for the last show or something.”