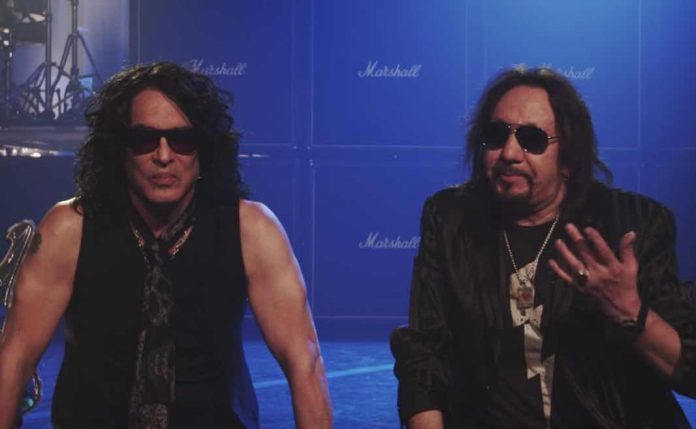 Has KISS frontman Paul Stanley been lip-syncing during his concerts? That very well might be up to you to decide as according to KISSFaq member AceyAintInCharge the latest issue Rock Candy had former KISS member Ace Frehley on the cover of their magazine and was asked on his thoughts on Paul Stanley allegedly lip-syncing during his shows. KISS icon Ace Frehley stunned by pathetic ticket sales.

According to the user, Frehley said “something to the effect of Paul having too much respect for the fans to do that.”

In other news regarding ‘The Hottest Band In The Land’, fans of KISS took to social media via Reddit to discuss the legacy of the group’s ninth studio album entitled “Music From The Elder”. Ace Frehley was recently filmed throwing bottle at a KISS performance.

Crazynights87 wrote: “I personally love The Elder because it is so different. I would never classify it as a classic album like the 1st six albums, which are top-notch, but I really enjoy The Elder and actually wish it was a double album. KISS made quite a few different style albums starting with Dynasty and each has its high and low points but that’s ok with me for the most part. Kept things kind of interesting. Be cool if Eric Carr could have sung a song or two on The Elder, but that’s another story for another day.”

Whereas Mirrorofsoulsband said: “The thing that kills me about The Elder is the sound/production. I don’t like the way the drums or guitars sound and the whole thing sounds “thin” and muddy to me. I think if it had been recorded with the sonic balls of Creatures and Paul would have stayed away from the falsetto stuff, It would be a different story. I still enjoy the album though.” KISS called out ‘ridiculous’ Ace Frehley reunion hopes earlier in the year.