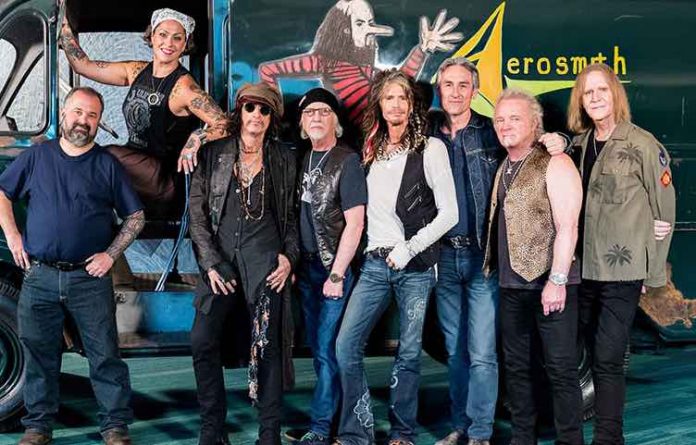 Not back in the saddle again, afterall! We recently reported that Aerosmith‘s famed drummer, Joey Kramer was advertised to be apart of meet and greets with the band during their now-legendary Deuces Are Wild residency in Las Vegas, Nevada. In an updated to that story, it turns out however that Kramer has not been showing up to these engagements.

This stunning turn of events comes from Aeroforce forum member SeanGod who confirmed the news with a simple “No” to a question from another user who asked if Kramer was showing up as advertised.  Steven Tyler recently called out this actor for leaving Aerosmith show.

One member, VoodooMedicineMan reacted to the news as they wrote: “I think the fanbase will be respectful of Joey’s right to privacy, but the band should be more forthcoming about his availability.  Whether it’s health, injury, age, conditioning, I don’t think they should have to share more than Joey is comfortable with.  However, as Sean pointed out, he is being advertised as part of the shows and meet and greets, with no updates to his prolonged absence.  He was day to day back in early August and hasn’t played again since with no further updates given.”

The user also said: “A simple ‘he’s been working to get back but is unable to perform at this time. He is hoping to rejoin the band this spring’ would be sufficient.  Continuing to sell meet and greets with him listed when he hasn’t attended one in months is dishonest at best. Then the fourteen song setlist is rather lazy.  I’ll count Rats as two as that is an extended jam and give them fifteen. They were doing seventeen-eighteen this earlier this year, and they removed ‘Hangman’ and ‘Seasons’, two songs they can sit down during and save some energy.  That is a bit of a head-scratcher.”

Joe Perry reveals brutal Steven Tyler attack in video. Whereas SeanGod followed up by replying: “I agree, and yes I am a drummer. The foot is probably the most important part. I just think the band (out of respect for Joey and the fans), should come out and say something. Like, “Hey joey is recovering from this, he will be back at, this point in time.

The user continued: ” In my opinion, it is a joke that they are playing these shows as if nothing is wrong with really short setlists compared to the first two Vegas runs. The ticket prices are ridiculous. The setlists should be at eighteen-nineteen songs, not fourteen. I just think it is odd that they are being so secret squirrel about Joey. If I remember correctly, when Tom was sick, the band was very vocal about it.”