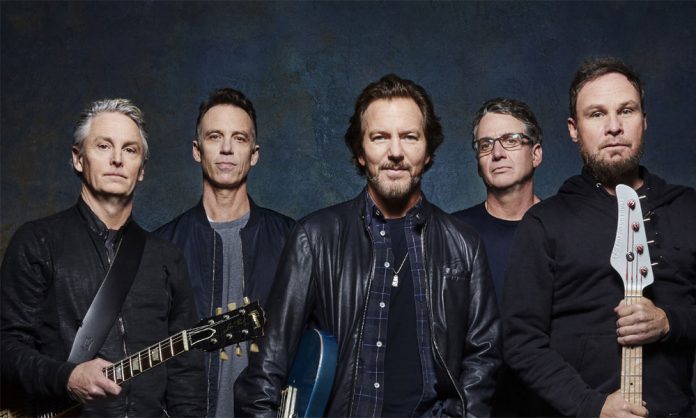 Pearl Jam will play the eastern part of the United States in the fall, a Ten Club insider reports. Vedder4Prez posted, “Confirmed from a local source – Nashville is officially the fall.” This means <a href=”https://www.alternativenation.net/pearl-jam-fall-2022-north-american-tour-revealed/”>Pearl Jam’s rumored fall tour will include east coast/middle America shows.

Eddie Vedder was joined by Chad Smith and others

It was earlier this month that Vedder postponed his shows in San Diego and Los Angeles due to a COVID-19 outbreak in his touring party. Eddie’s concert with his new band The Earthlings at The Magnolia in San Diego, originally scheduled for February 15, will now take place February 27, while the show at YouTube Theater in Los Angeles, originally slated for February 17, has been pushed back to February 25. Eddie Vedder previously revealed a supergroup with Dave Grohl.

“Earthling” highlights every side of Vedder and includes collaborations with some of music’s most iconic legends including Stevie Wonder, Ringo Starr, Elton John, as well as Watt, Smith and Klinghoffer.