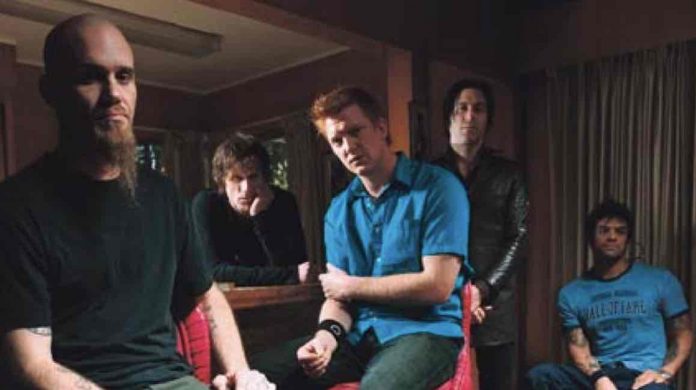 Former Queens of the Stone Age drummer Joey Castillo and ex-bassist Nick Oliveri, who both played with Mark Lanegan in the band, have released tributes on social media. Castillo posted a video to say goodbye.

Castillo said, “I’m grateful and blessed to have had you as a Friend, Brother,Bandmate,and such A Musical Force in my life.You will be missed my brother. I’m truly Heartbroken, Rest In Peace Mark Lanegan 💔🙏🏼🖤” Castillo also lost Scott Weiland in 2015, who he played with in The Wildabouts.

Oliveri wrote, “In the Fade (live until you die) Farewell Lanegan TAKE IT EASY, REST MY BROTHER, REST IN PEACE.”

Alain Johannes, who worked with Lanegan on his solo albums and played in QOTSA, also said, “21 years ago right after Mark and I met during Desert Sessions 7/8 we recorded this cover of the Kinks song in about 2 hours at 11AD. We immediately knew we could flow and connect and explore together. It’s hard to explain the joy in this level of trust and mutual inspiration. Love you brother forever thankful 🙏❤️”

Mike Johnson said, “Meeting Mark was a seismic event in my life, though I didn’t know it at the time from then on everything would be different. When he asked me to collaborate on his first solo record I said I’d be honored but asked why me? He said nobody else he knew was into this kind of music meaning Tim Hardin, Tim Buckley etc. hard to believe now in the era of everybody being into everything. And poetry, he saw I had poetry books when the Trees had stayed at my house in Eugene.

That’s how it started and for thirteen years or so with a couple of interruptions we worked together on his solo albums. We were extremely tight through most of that time but when we fell out it wasn’t lightly, plenty of bruised feelings but we always managed to put it back together. Over the last few years we were intermittently in contact and I had reached out to him when I heard of his covid ordeal just to tell him I was glad he made it through and was still around. Unbearably sad to think I’ll never see him again.

I miss you my friend.”