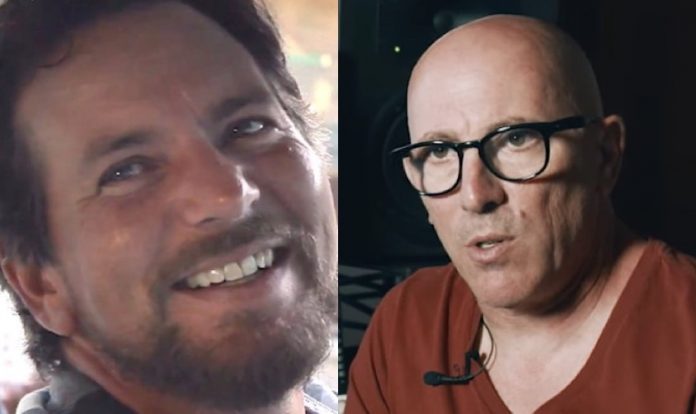 Pearl Jam, Green Day, Guns N’ Roses, and The Eagles received federal funding this week via the U.S. government’s CARES Act, which President Donald Trump signed into law on March 27th in response to the COVID-19 pandemic. The CARES Act includes $2 trillion in funding to help small businesses and their employees, with Pearl Jam taking out one of the bigger loans, getting between $350,000 – $1,000,000. Other artists appear to have received $150,000-$350,00, with Tool, Weezer, Imagine Dragons, and Nickelback also receiving loans.

CWJA responded on the Pearl Jam Ten Club board, “Not cool. There was a finite amount of money available. They literally took money from a business that needed it. It’s a disease and they’re all green.”

Brewdog123 shot back, “Pearl Jam is a business that employs, probably hundreds of people, that goes for most of the other bands in that list. that is what it ($) is there for.”

Dr122931 said, “I have no issue with this. They didn’t fuck their employees. The 5 band members lost lots of money and made sure their employees were paid. I’m a partner with a law firm and we did the same.”

TimWilli chimed in, “Obviously there are going to be varying opinions on this, but just looking at it strictly from an economical and PR perspective: those bands listed in the headline all have principal members with collective net worths north of $300M.

I’m not sure taking a loan of $350k to $1M is worth the bad publicity (for those that see it that way, whether it’s warranted or not). These bands are in a different position than wealthy owners who took out loans for their businesses because nobody knows who those owners are, and very few will face any public backlash.”