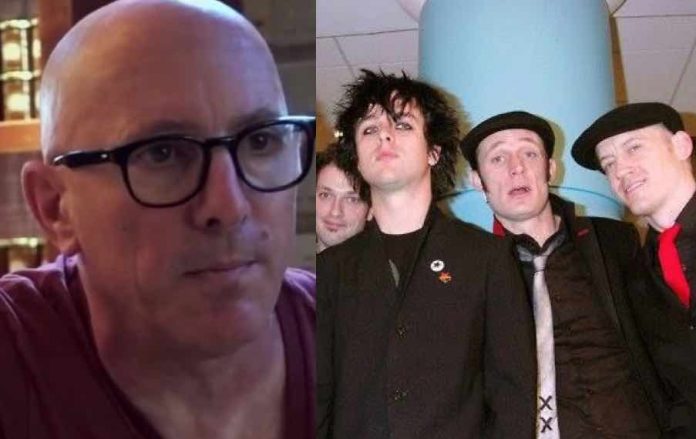 Freese wrote on social media, “Thank you for all the amazing birthday wishes! Got to cap it off with a shout out on stage from Maynard! Had a blast watching Tool with my brother! Great show! Great birthday! 🎂🎂”

Everydayname posted on Reddit about Tool’s Fresno concert, “Tool was f***ing incredible. Duh. The dudes I was in between and the ladies to the right were great. And the security guard! He was a huge fan. He spent the night commenting on the show, singing along, and walking to his colleague at the center under the pretense of having to talk to him so that he could scream. So much good energy! From my front row vantage point, I saw everything. At Barclays, I was directly in front of Justin, so 90% of the time I was watching only him. Which is a glorious sight to behold.

Anyway. Someone mentioned in another post that Maynard makes intense eye contact. It’s true. I experienced it at a Puscifer show a long time ago and, if you’ve ever felt it…you know what it is. He IS really watching you. Not always, of course, but he’s not shy with it either. He didn’t auction off Adam’s amp like Barclays, but got pushed around on it. He will interact with you, though. I feel like I’m talking about an alien with this phrasing LOL. The Patient was such a treat. Swamp Song sounded so ridiculously good. His voice just soared on that one!

During intermission, I made my little happy birthday sign. I held it up at the end and kept it up for a while because I couldn’t tell if Adam could read it haha. I’m still not sure. However, I do know Justin read it. He saw it as he was walking across the stage, read it, smiled, and threw his pick to me. I can’t catch, so it went somewhere right next to/behind me. Multiple people started hunting for that thing. I looked for a second and I was like eh, I’ll check later. I was surprised when I looked back and nobody had found it yet. I’m thinking it must’ve gotten caught under my foot. When I turned again to gather my things, it was literally right next to my foot.

If you’re a person I talked to at the show, let me know! I’m here in Vegas for the last of my mini Tool tour, then back to Brooklyn tomorrow. One can never have too many Tool friends.” A Nine Inch Nails icon recently leaked a painful Maynard James Keenan photo.