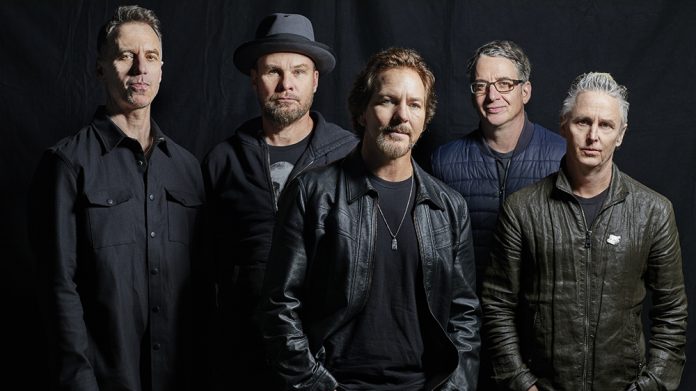 Destroying gear at rock shows is certainly nothing new. Bands and artists have been known to bust guitars and amps since it was possible to play at public venues, figuratively speaking. However, Pearl Jam who recently finished their European tour, playing in Amsterdam, would take all of this to a whole different level as guitarist Mike McCready would destroy upwards of $15,000 of gear including a Sunburst Strat as well as a guitar amp.

This memorable moment would come during Pearl Jam’s closing song of the event which was a cover of Neil Young’s 1989 hit, ‘Rockin’ In The Free World’. That track can originally be heard on Young’s 17th studio album, ‘Freedom’ Video can be seen below courtesy of PearlJamOnline. It should be noted that Eddie Vedder had vocal problems at during this event, Vedder also made this surprising Nirvana remark.

In other news concerning Pearl Jam, certain rock stars have been lamenting over the ‘death’ of rock. One recent name to comment on the subject is none other than Pearl Jam bandmate Stone Gossard who stated the following to VWMusic. Credit to the outlet for the following.

It’s about multiple people playing music together, with whatever instruments it is that they choose to play. Whatever it is, if it’s anything that could be rock, I love it. I love bands. I love collaboration. To me, the frame of ‘rock music’ can hold a lot of different pictures, and there are a lot of pictures that haven’t been made up yet in terms of how a band might sound together.