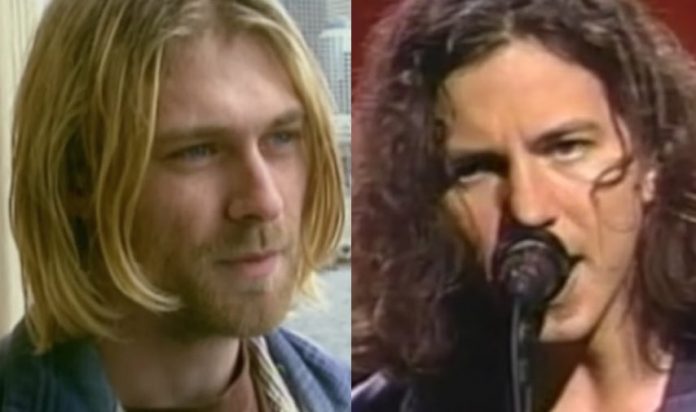 Pearl Jam frontman Eddie Vedder recently spoke about late Nirvana frontman Kurt Cobain, who took his own life with a gunshot in a tragic incident. In a recent interview with Spin, Vedder spoke about his antipathy for celebrity, carried a dark specter, an unwitting and now-chilling forecast.

Eddie Vedder says he would buy a gun

Talking about his small but much-noted role in Cameron Crowe’s movie “Singles,” set in the Seattle rock scene, he expressed dismay at the in-process mythologizing and fetishizing of that world of which he was now a core figure. He had told Crowe, he recounted, that if the film studio made too much of the Seattle grunge explosion in promoting the film, he would “buy a gun and become the martyr of the whole scene.” A bit more than a year-and-a-half later, Kurt Cobain did just that.

While talking to VWMusic, Gossard was also asked whether he thinks that rock is dead, Gossard is not bothered with the debate and he is enjoying his time with Pearl Jam. He is having fun being part of the Eddie Vedder-led band and performing in front of the fans.

Pearl Jam had to cancel some shows recently amid Vedder’s health issues. The band is scheduled to return to a live stage only in September when they start their Autumn North American tour. The band is slated to kick off the tour on Sept. 1 in Quebec City, Canada.