Coming straight out of Hollywood, American Idol finalist James Durbin and modern day Quiet Riot guitarist, Alex Grossi have teamed up for a brand new project called Scars of Hollywood. They plan on making fun, serious, and to the point songs, mixing elements of contemporary and classic rock music. I recently had the honor of chatting with Alex about the band’s EP Maps of the Hollywood Scars Vol 1. He also talked about playing with members of Guns N roses which you can read here.

Tell us a bit about  Hollywood Scars. How did it get started?

It started back in 2011 when I met James and he was still on American Idol. We met through mutual friends in Hollywood. We always roughly stayed in touch after that. This past fall he was doing a variety show where I live in Las Vegas and we started to talk.We decided to work together and I sent him a few demos we did. We are more modern rock not really 80’s metal like Quiet Riot.I’m a lot younger than most people in the bands I play in so I like a lot of more modern rock and I wanted to make something more fresh. James wrote most of the lyrics and they are really good. He is very thoughtful with his lyrics. He doesn’t write cheesy shit like the one song, what was it called, “Porn Star Dancing”? No lines like “I love the cocaine, I love the cocaine”. He also has a really cool recording studio in Vegas. What you hear of the volume one record is the first five songs we recorded. That is basically how that all came about.

Where did you come up with the name, Maps of the Hollywood Scars, for your album title?

James came up with the name of the band, Hollywood Scars. I came up with the name of the album. In Hollywood people will guide you to where celebrities live. For example a guide on how to get to Robert De Niro’s  house would be a map to the Hollywood star. Adding scars to the end of the name makes it symbolic in many ways. If you ever did jail time in Hollywood you would understand. It all came together very fast and organically. We have complete  creative control over this. I did all the bass, James programmed the drums. There is no outside influence or record company leaning on our shoulders. We just did our selves and James loves not being at the mercy of American Idol.

What bands would you say are the major influences on your sound?

Well James has more modern influence’s like Shinedown, I’m more influenced by bands like GNR and Motley Crue and bring the heavy riffs to the table. I’m a sucker for a good ballad so our first single is a song called “Till Death” and we actually have Dizzy Reed from GNR play piano on it in a similar way to how he did on “November Rain”. We go from heavy to soft and have really catchy simple beats. I think it’s a fun, easy listen. All five songs are short songs, no Dream Theater type prog stuff there, just meat and potatoes rock.

How did the release party you guys did go? What did the crowd think of you guys?

It was really cool. It was here in Las Vegas. Since there were no bands that night we decided to play it unplugged .This was cool since people coming into the building weren’t bothered by a band playing really loud. It translated really well. We sat down and wrote the songs to fit this more acoustic style the night before. It went really well.

Reading about your history I see Kevin Debrow personally picked you for Quiet Riot.

I met Kevin in 2003 when he was touring for his solo project. We came together when he was looking for a solo band and he then called me and asked me if I want to play in Quiet Riot and I said sure. I’ve been in the band ever since. I was really close friends. He has an amazing sense of humor and a great outlook on things. I learned so much about the business from him. Kevin just went with the flow and didn’t take things seriously . He was a great guy I miss him every day.

Before we go can you tell me that booking company you run called Bigg Time Entertainment?

Long story short in 2011, Quiet Riot never tours weekends, we only work during the week and I don’t want to sit around and watch Jerry Springer all day, I want to work. I came up with an agency in California that handles 80 percent of the hair metal genre. I started out booking the small acts and now I spend my weekends booking. It’s great cause it gives a different perspective on how artists want to be treated. Everyone has been screwed up by club owners and promoters and I’ve been there in the trenches so I know how it’s like to be treated like crap and I wont bring it on to others.I’m glad I’m setting my self up for the next step of my career. I love walking that line between performer and agent. It’s good to not have to always be on the road for work. 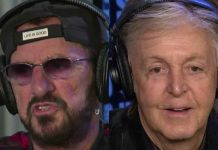 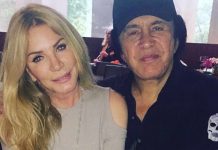 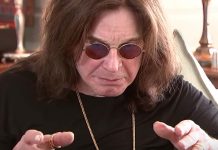