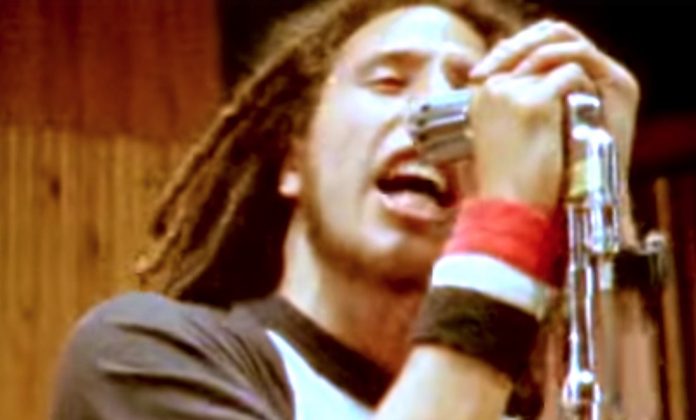 Rage Against The Machine were snubbed from induction into the Rock and Roll Hall of Fame on Thursday, angering fans. Many though questioned if the band would actually reunite at a hypothetical induction ceremony, wondering if Zack de la Rocha would show up.

What fans forget is that Zack de la Rocha inducted Patti Smith into the Rock and Roll Hall of Fame in 2007, and he said it was an ‘honor and privilege’ to do it. He also made bold political remarks at the ceremony.

“The opening to ‘Gloria’ might be one of the greatest moments in America music. The piano line and the space within it speaks to us like a dark gospel, and then you hear that voice, and you think nothing could be this haunting, and this healing, at the same time.”

“Patti’s spirit ultimately proved too restless for radio, and far too threatening. She seemed far more interested in creating transcendent poetic moments than fashionable hits, because she had already carved her legacy in something much deeper. The movement she helped defined explained why people like me related more to the Bad Brains than we did to the Eagles, why we championed The Clash and hated Ronald Reagan, and why we dropped our textbooks and picked up Sonia Sanchez, Allen Ginsberg, and Langston Hughes.”

“[She was] fearless when she put the Bush administration up on the firing line for this illegal war and pulled her poetic trigger. Fearless in prose, and fearless in life, it is my honor and privilege to induct Patti Smith into the Rock and Roll Hall of Fame.”

Based on Zack’s speech, he may be more likely to show up when Rage Against The Machine are eventually inducted (hopefully 2020) than many think, and have a whole lot to say!