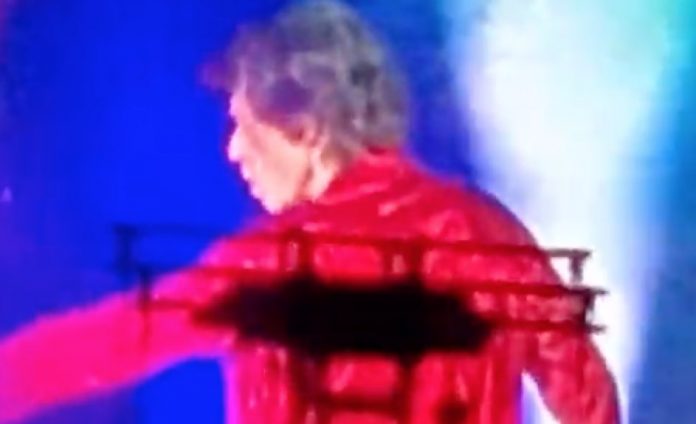 The Rolling Stones members Mick Jagger and Keith Richards were falsely accused by a Dutch newspaper a few days ago of having a ‘hidden band’ performing behind the curtain during shows. Anybody who has been to a Stones show knows this is not the case! Mick Jagger confirming a The Rolling Stones bandmate replacement was just revealed.

RG posted on IORR.org, “I couldn’t stop laughing..In a Dutch newspaper today a journalist talks about Keith’s birthday. A nice article. But he was also very convinced that there is a back-up band (behind the stage) for the Stones during live gigs to camouflage there mistakes. I couldn’t stop laughing. That someone can do such a nonsense. And get even paid for it. Unbelievable.”

DCBA responded, “In 95 Jagger sued after a German newspaper claimed the band played to pre-recorded tapes, and he got big money. Fast-forward to 2019 the paper press is dying so Jagger won’t bother sue for libel. He’d get pennies.”

Ket added, “yes all the backup people including Bernard,Lisa/Sarah are not on stage for the first few songs but this is nothing to do with ‘covering the bands mistakes’. I think the band should sue this hack for libel just on principal alone.”

Buttons67 said, “What a funny story, Stones have never hidden the fact they have back up musicians, they even introduce them to the crowd, and all mistakes by the Stones are there for us all to hear.

If there is another band behind the curtain they should be sacked for not covering for the mistakes of everyone else who is on stage, if they were going to have a back up band behind the curtain wouldn’t it be more effective if they didn’t have all these other back up musicians on stage making more mistakes.” Mick Jagger being unhappy with his bandmate’s drug use in the studio was just revealed.