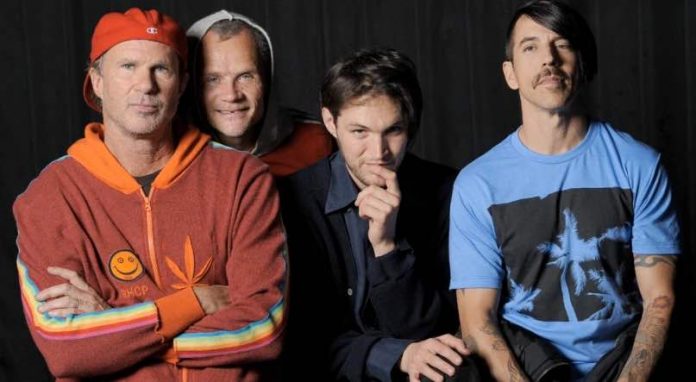 At one point you have been touring for a year and a half, you feel like you are more of a tour artist.

“I think now, having basically done two tours with them, although we haven’t finished this one yet, but we’re almost done, I think everything went well, I think people like the band and they like to see us play and I think that the people involved like each other’s company.”

“Yes. And for me, playing music with these guys is still a gift, it’s magic. Even when it’s not going well and you’re mad at someone for the way they looked at you, the way they played that night (not that I do that).”

RG1213 discussed a song that Josh Klinghoffer wrote that he believes is about John Frusciante’s spirituality in a new Reddit post.

“In my opinion, Josh Klinghoffer, who was a close friend and musical counterpart of John’s at that time (perhaps still,) wrote the Dot Hacker song ‘Inhibition’ specifically about John’s spirituality, and it sheds more light into it. Additionally, John was sharply protective and private about how he felt about these things in at least one later interview (‘It goes against my belief system to talk publicly about my own spiritual beliefs’), and he stopped saying the word ‘spirit’ (‘These don’t have a name.’)

I think about this sometimes and wanted to put it here for whoever finds it interesting and to possibly start a conversation about it, and also to put it out there that a lot of people like myself don’t find it foolish when someone bravely disregards social norms in order to express feelings or deeply held beliefs, or to communicate unique experiences. I think John is closer than most to whatever it is that drives creativity, and its interesting to hear his beliefs and experiences about things that relate to the nature of that.” John Frusciante’s injury was revealed in a recent photo.