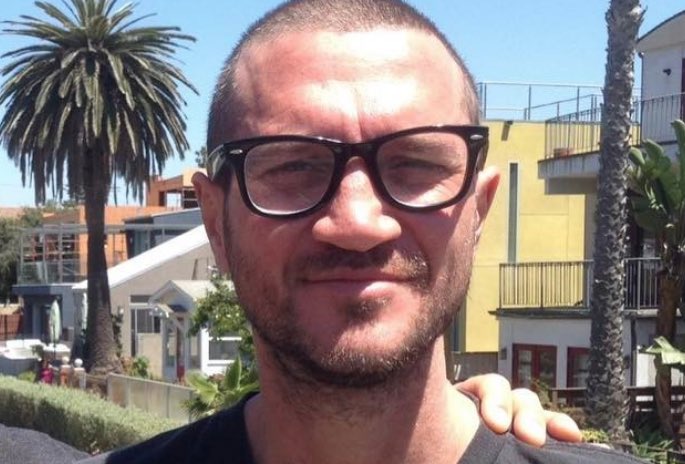 Rosen asked, “Shadows Collide With People is peppered with all sorts of keyboard sounds. Does playing against a keyboard pad bring out different elements of your playing? As opposed to the Chilis which is simply a trio?”

Frusciante responded, “It was just all part of my idea for this record; I wanted it to have a lot of different keyboard sounds and I wanted to center it around having unusual sounds coming one after the other. For us when we made the demos, that was really the fun part of it. Finding a really interesting synthesizer sounds to color the songs.”

Intestinum-tenue asked, “What happened to John´s right arm ? It looks as burnt, but I’m not really sure.” AndrewF29 responded, “He was a heroin addict from like 1993-1996 and he didn’t actually know how to use the syringe correctly, so he had to have surgery and get skin grafts.”

Leon_Trotsky chimed in, “This is true, but I also think when his house caught fire and all his guitars and recordings got destroyed he got burnt too.”

WJL91 wrote, “He didn’t get burnt. It was abscesses from heroin use and he had to get skin grafts. It’s all over the internet.” Scarn concluded, “He didn’t know how to shoot up properly according to Anthony Kiedis.”

You can listen below via Ultimate-Guitar.