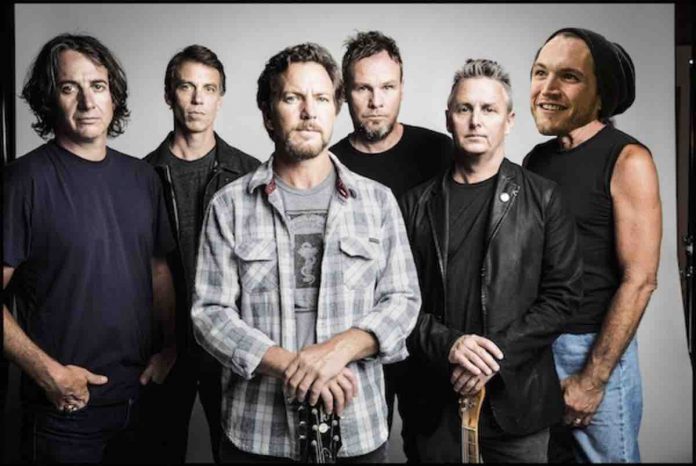 Former Red Hot Chili Peppers guitarist Josh Klinghoffer will be opening for Pearl Jam on their spring 2020 North American tour with his solo Pluralone project, according to Ticketmaster’s page for Pearl Jam’s March 28th show in Baltimore at Royal Farms Arena. Klinghoffer canceled a major announcement he had planned for Monday, and had a representative apologize on his behalf, and it appears now that this was the announcement.

The Chili Peppers and Eddie Vedder played a charity show in November that ended up being Josh’s final gig with the band, and he joined Eddie onstage for his set. Klinghoffer is also friends with Pearl Jam guitarist Mike McCready, having joined him for numerous makeshift supergroup performances, including at the Peak to the Sky festival in Montana last summer.

ElectricDonkeyShaman just posted on Reddit about Klinghoffer’s departure on the RHCP Reddit, “Does anyone know how all of this went down? I have heard an unofficial version of the truth behind it and don’t want to post here se. What have you heard?”

CharlieKellyKapowski also said, “I just really hope fans don’t bombard John with insane expectations and overwhelm him with fanaticism. Believe me, Im as excited as the next guy, but hopefully we can all give him a little space now that he will be out in the public more and just let him create music for us with as little pressure as possible.” Josh Klinghoffer ‘refusing’ a Red Hot Chili Peppers firing demand was just revealed.