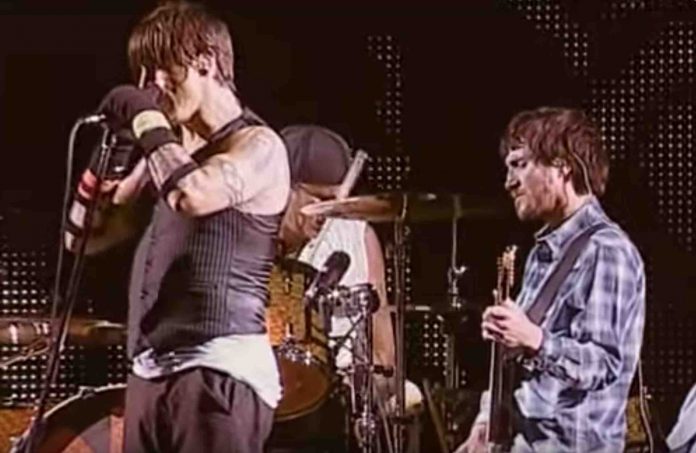 JFEffects.com.br said, “A contact with Live Nation informed RHCP Brasil in August this year that the producer was negotiating with Red Hot Chili Peppers for an extra show in Sao Paulo at the time of Rock In Rio in October 2019, but that would be unfeasible at the moment. However, the band would try a solo tour in 2020 that would go through three cities. This was corroborated by an article from the Jornal No Palco website, which revealed plans for a presentation in Porto Alegre in the second half of 2020.”

They also reported, “The festival is already confirmed on the official Red Hot Chili Peppers schedule and is scheduled to take place five venues on September 26, 2020 – in New York (United States), Lagos (Nigeria), somewhere in Europe, Seoul ( Korea) and somewhere in Latin America. In the official video of the event, when Latin America is mentioned, the images of Christ the Redeemer appear – which leads us to believe that Rio de Janeiro will be one of the venues of the event. As the band has not confirmed the location, there is the likelihood of being in Brazil for that date.”

Frecn posted on Reddit about Josh Klinghoffer’s jamming skills compared to John Frusciante, “See that intro jam is such a prime example of what was lost when John left the band. There is like zero melodic input from the guitar in the jam..”

Kenticus69 responded, “I don’t know that it’s ZERO melodic input on the intro jam, but it is more that josh takes a passive, following flea role when they jam whereas John would introduce/lead more with different licks or riffs or solos when they do improv jams. Josh got better at it with time, but I think objectively that the jamming was better with John.

Improvisation is tricky and some people are good at it, and some folks function better with writing stuff out and not having jamming – my opinion is that jams were better/more interesting with John in the band, but that josh still also brought a ton of energy in his tenure and that should not be discounted. To me, it’s apples to oranges.”

Frecn later said, “The bring back John stuff has been around forever. Josh has constantly been under scrutiny online. And to be fair I love all of Josh’s other work he’s done. Just not so much with the Chilis and Im not too sure its his fault. I feel like Flea probably took over as primary song writer. Give Josh free reign and he makes amazing songs.” Josh Klinghoffer revealed why John Frusciante returning to Red Hot Chili Peppers was ‘weird’ in a recent article.