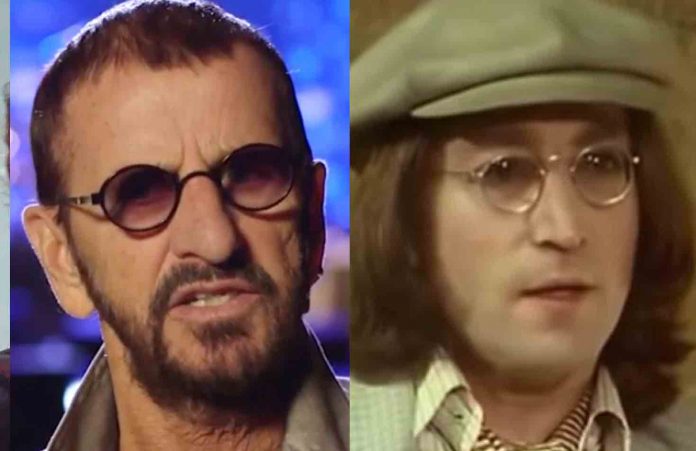 The Beatles drummer Ringo Starr has revealed how John Lennon made him cry. In speaking with GQ recently the iconic drummer for the fab four was asked about the upcoming track on his new album that was written by Lennon called “Grow Old With Me”.  In which Starr states during the interview that he didn’t even hear or know about the demo that was done until a little while back. John Lennon revealed what this man did with ‘Mouth’ for him.

“I didn’t find it till this year. I never heard about it, never knew about it. I was really emotional when Jack Douglas, the producer who produced John, mentioned it to me. He said, “Have you heard what they call The Bermuda Tapes?” I said, “No, I don’t have a copy.” This disgusting restaurant photo featuring John Lennon and his widow was just uncovered.

“At the beginning (of the demo, you can hear John say), “Oh, this would be good for Richard Starkey… this would be great for you, Ring!” When I first heard that, I did get a little emotional to hear his voice mentioning my name because I’m an emotional guy. Anyway, he recorded all the other tracks, but this track he hadn’t recorded. He’d done a demo, that’s all and I had never heard of the song, and had no awareness of it at all. But I thought that it was a beautiful song. I decided I was going to do it and thought it was really important.” John Lennon revealed this sad George Harrison paycheck.