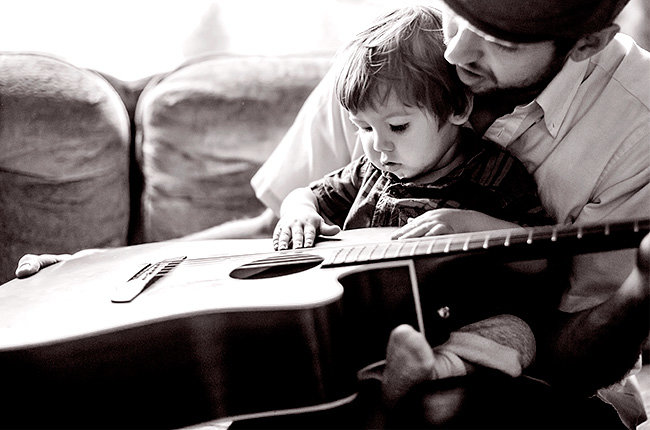 What are the challenges that come with being a father while on the road with a band? How do you balance between life and band responsibilities. These are the questions that many are faced with. There are bands that turn “being on the road” into a family affair, bringing everybody with them to experience touring.

Jayden Panesso, lead vocalist of the band Sylar recently became a father and has a 3-month old daughter at home. On the road right now with Beartooth, Jayden looks forward to the nights where he gets a FaceTime from his family while on tour doing what he loves. He says this when it comes to parenting “It was given me a full new purpose when I wake up. Everything changes. So many aspects of my life are different now.”. Cultivating your passion is a valuable example to be taught at any age and the best way to lead is by example. When the understanding of what Jayden is doing sinks in, the dividends that it will pay will be immense.

Tim King of the band SOil brings the family with him while out on the road and other members do the same as well. He jokes about the mood on the tour buss before the show “Our buss was parked outside the venue. Kids were trying to jump up and see what we were doing inside. We just happened to be watching the Disney movie Over The Hedge and drinking coffee with our families. I was like if they could see what we were doing right now, they’d probably turn around and leave.”. The difference in touring life as you get older changes for many. Which generally means taking care of yourself and your family.

Some have to walk away from the touring life all together. The fit in lifestyles is just not their anymore which was the case with Josey Scott formerly of Saliva says this “No matter what I do. It’s always going lead back to a tour buss and a tour buss always leads away from my family.”

Finding a place for everyone who is important in your life is the common theme. Doing that could entail leaving the band behind or finding a new “norm” for life on the road. Perhaps the ultimate goal is achieving a balance and sharing your passion with the people you love the most.